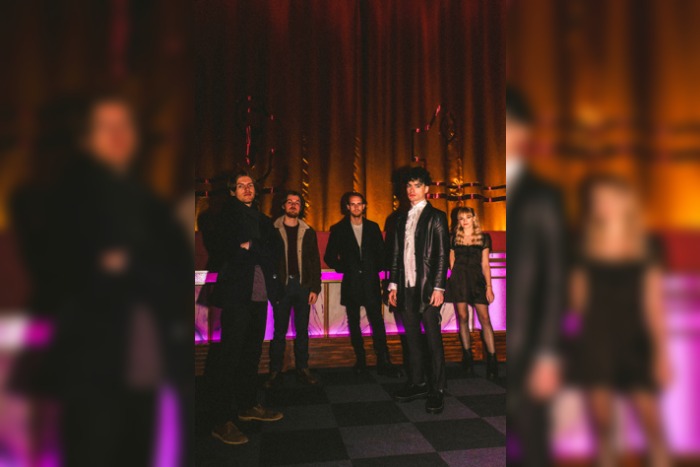 The Peach Fuzz release their new single Softie on Friday ahead of the band’s first ever UK headline tour including a Manchester gig at Gullivers.

The Peach Fuzz will play a nine date tour, coming to a climax with a hometown show at Liverpool’s Arts Club.

Sugar-coating a cutting commentary on masculinity, expectation and identity politics with their typically, up-tempo, soft-wired electro-indie sound, Peach Fuzz round the edges of modern life’s relentless pressures with honey-sweet vocals and smooth, vintage synths.  The Peach Fuzz explain that the track is “an exhausted, teary-eyed rand”.  Softie, they explain, came to life when macho bullshit became too much and take a swipe at conformity and stereotypes.

The Peach Fuzz worked with James Skelly (producer of Blossoms and She Drew The Gun) on the track at Liverpool’s Parr Street Studios.  They had previously worked with him on the singles The Outside Looking In and Pieces.

When do The Peach Fuzz headline at Manchester’s Gullivers?