The Full Monty Comes To The Opera House 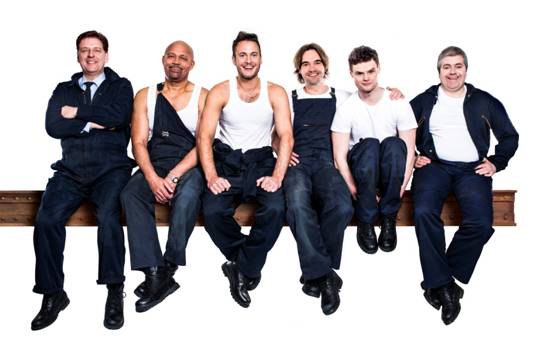 The Full Monty is coming to The Opera House.

Multi-award winning producers David Pugh and Dafydd Rogers (Calendar Girls, Brief Encounter, Art & God of Carnage) are bringing The Full Monty to Manchester, in a stage show of one of the most successful British films of all time.

The Sheffield Theatres production will feature an all-star cast led by Gary Lucy, whom most will know for his role as Danny Pennant in Eastenders. Gary will be taking on the role of Gaz and will be supported by Andrew Dunn as Gerald, Louis Emerick as Horse, Martin Miller as Dave, Rupert Hill as Guy and Bobby Schofield who will be making his stage debut as Limper.

With several screen credits to his name, including 127 hours, Slumdog Millionnaire and The Hunger Games: Catching Fire, BAFTA and Oscar-winning writer of The Full Monty, Simon Beaufoy, has revised his film for the stage, to bring his hilarious and heartfelt show to a theatre audience.

The show, which revolves around the story of six out-of-work steelworkers from Sheffield who have nothing to lose an so form a male striptease act, originally enjoyed great success as a film in 1997. In his first theatre adaptation, Beaufoy’s production is in the hands of award-winning director, Roger Haines, whose recent credits include the world premiere of the musical The Go-Between and the national tour of Calendar Girls and will also feature the iconic songs from the original film by Donna Summer, Hot Chocolate and Tom Jones.

In Review: Fame at The Lowry Theatre

In Review: Jazz Galore at The Dancehouse Theatre