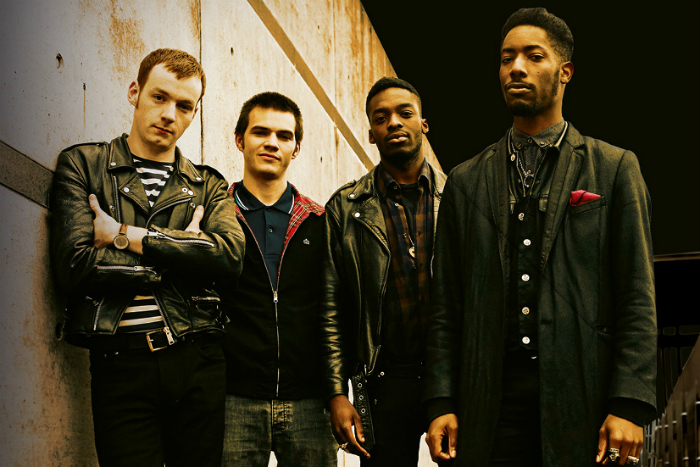 Essex quartet The Bohicas, who have been widely tipped to make a massive breakthrough this year, have announced a headline tour which will see them performing at Manchester’s Soup Kitchen on 8th June 2015.

But don’t try to define them – for as much as its possible to spot the influences of rock ‘n’ roll, krautrock, electronica and garage rock, they are quick to avoid being pigeonholed into one genre.  Frontman Dominic McGuinness isn’t big on labelling their approach: “You know when you go to see a great film at the cinema and come out of it feeling like you’re the lead character, walking down the street like the Fonz or De Niro?” he questions. “I want people listening to our band to feel like that”

“People ask what sort of music we make, but if I say rock ‘n’ roll they instantly think of the fifties,” adds guitarist Dominic John. “It’s the same starting point in terms of the energy behind it, but it’s not referential and it’s really not about looking back. It’s seeing that danger and energy, but taking it somewhere else.”

Tickets to see The Bohicas perform at Manchester’s Soup Kitchen on 8th June 2015 are on sale now priced £7.00 plus booking fee.

In Review: Teleman at The Deaf Institute
In Review: Joan As Police Woman at Gorilla
In Interview: The Orielles