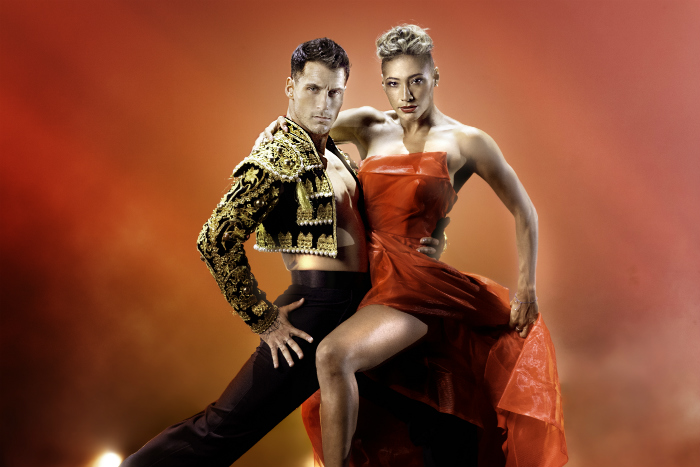 Strictly Come Dancing’s Gorka Marquez and Karen Hauer will pair together professionally for the first time as they take their brand new Latin spectacular Firedance around the UK.

The duo will perform the dance show at Manchester’s Bridgewater Hall in March.

Expect the sequins and feather boas to make way for hot pulsing beats, seductive choreography and passionate performances that will take your breath away!

With an incredible live band featuring Latin musicians and a dynamic dance ensemble performing Argentine Tango, Flamenco, Contemporary, Paso Doble, Samba and Salsa, audiences can expect an amazing show of fresh and exciting dance from two of the world’s finest.

Speaking about the show, Venezuela born Karen commented, “I am beyond excited to be going on tour with a brand new show alongside Gorka.We have been working very hard to put on a show that will leave everyone feeling all the passion, excitement and energy that we feel when we are dancing. We can’t wait to travel around the UK and to meet you all.”

Spanish Gorka Marquez added, “I can’t wait to get out on the road with Karen for this very exciting new tour. We are both really passionate about Latin dance, and this tour will really showcase that. We’ve worked really hard on the numbers in this show and I think everyone is going to love it. See you in 2020!”

When do Karen Hauer and Gorka Marquez perform Firedance at Manchester’s Bridgewater Hall?

When do tickets go on sale for the Firedance UK Tour?

Tickets for Firedance go on sale at 10am on Friday 13 September.