Spector to perform at HMV Manchester 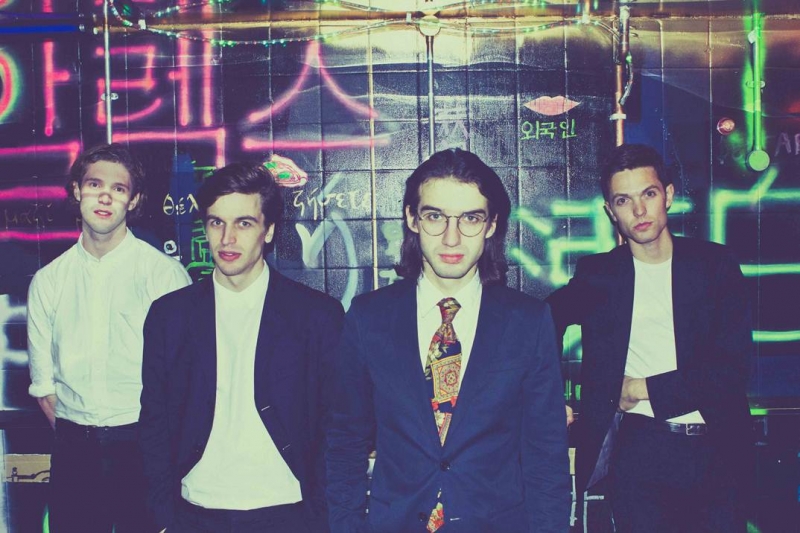 Spector are set to perform an intimate set at Manchester’s HMV on Friday 21 August at 5pm before signing copies of their new album Moth Boys for fans.

The four piece, lead by frontman and lyricist Fred Macpherson, who have impressed fans and critics with their singles All The Sad Young Men and Bad Boyfriend are celebrating the release of their second album with a run of store dates.

The revamped line-up have been cutting up venues around London and festivals all over the country and winning over fans in the process and have added a greater depth to their music.  Where their Top 20 debut Enjoy It While It Lasts was a precocious blast of stadium-inspired indie rock, their new music takes a slightly different track with the shimmering guitars of Stay High to the majesty of Dev Hynes co-written and co-produced Cocktail Party Moth Boys defies expectation at every turn; perhaps most of all on potential festival anthem and next single Bad Boyfriend.

First single and live anthem All The Sad Young Men was the perfect introduction to their newly refined, sophisticated sound, described perfectly by The Quietus as a track putting “empty-hearted decadence onto a burnished Simple Minds chorus that soars”.  Building on this, album track Kyoto Garden shows a matured band who have developed a lighter touch to song writing.  Glistening synths and a hypnotic beat provide a majestic backing to a tender, impassioned vocal from Macpherson.

Spector perform a set and album signing at HMV Manchester at 5pm on Friday 21 August.

Army of fans catch Neon Jungle performance at HMV
In Review: The Orwells at Gorilla
In Review: Turbowolf at the Deaf Institute