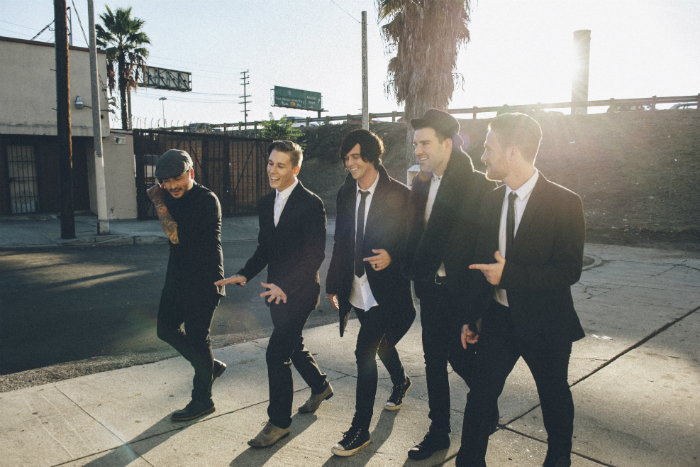 Sleeping With Sirens have announced a headline tour of the UK and Europe for February and March 2016.  The return to the UK follows the successful sold out worldwide co-headliner with Pierce The Veil and finds the Kellin Quinn fronted band performing at Manchester’s O2 Apollo on 4 March 2016.

With total album sales well over 720,000, 115 million album streams, 145 million YouTube views, millions of social media followers, and consistently sold-out shows since 2012, Sleeping With Sirens show no sign of slowing down with their latest album Madness, the follow-up to 2013’s acclaimed Feel which debuted at #3 on the Billboard Top 200.

Tickets for Sleeping With Sirens performing at the O2 Apollo on 4 March 2016 go on sale at 10am on Friday 21 August.

In Review: Foo Fighters at Emirates Old Trafford
In Review: Of Mice And Men at Manchester Academy
In Review: The Courtesans at The Ruby Lounge