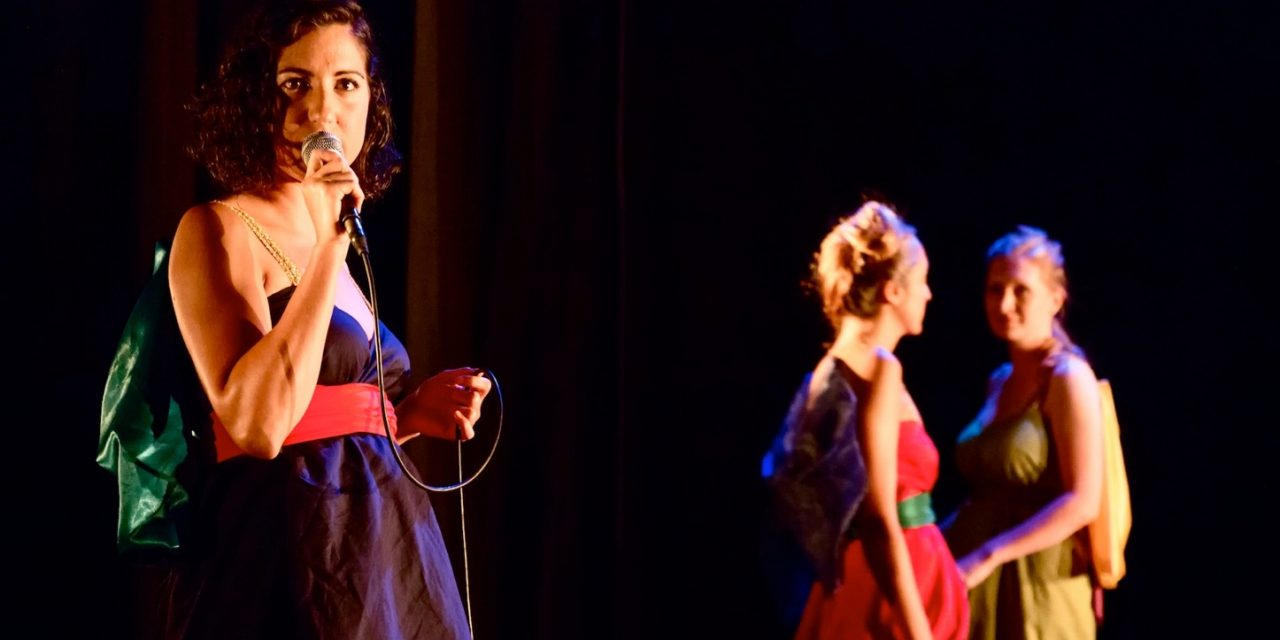 Following performances of the critically acclaimed Amusements (2012) and Karaoke (2013), the theatre group Sleepwalk Collective have announced that they will be returning to the UK to perform their new show Domestica at Home, a show which considers our relationship with classical art and history.

On a stage that might be a painting or a page torn from a book, three women unravel a fractured text on savagery, nostalgia and loneliness to create a tableau vivant that is as alluring as it is strange. Part narcoleptic beauty pageant, part psychosexual fever dream, Domestica is a woozy, deadpan dismantling of high art that asks us to what we might cling in these ever-louder, ever more uncertain times we are living in.

Domestica is the final, crowning part of a trilogy entitled Lost In The Funhouse, performances that have all explored ideas of pleasure and boredom in the 21st century.

2016 marks the tenth anniversary of Sleepwalk Collective, who have been making fragile, nocturnal performances across the borders of England and Spain.  Formed in London by iara Solano Arana (Spain), Malla Sofia Pessi (Finland) and Sammy Metcalfe (UK), the company currently lives and works in Vitoria-Gasteiz in the Spanish Basque Country.

The UK tour of Domestica is supported by funding from the National Lottery through Arts Council England and through Etxepare Institutua.

Domestica is performed at home from 14-15 October 2016 as part of a UK tour which also takes in London, Cambridge, Birmingham, Crewe and Gateshead.