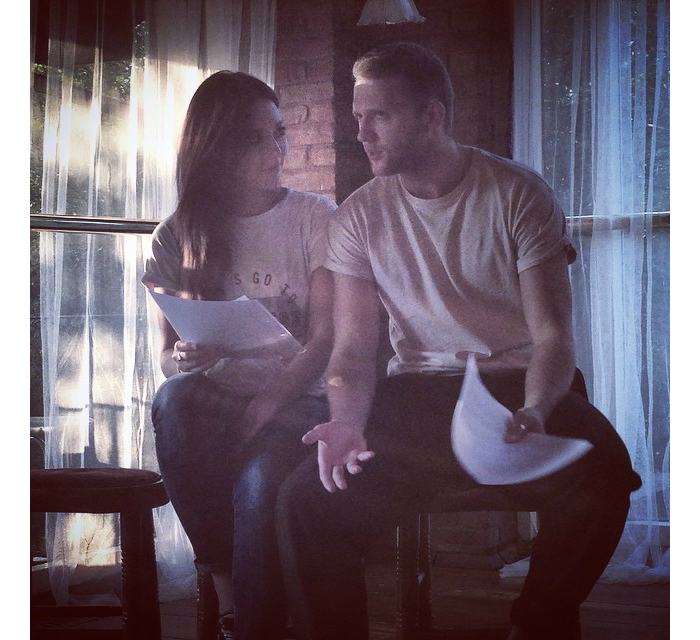 The 1956 Theatre, who have put on some outstanding productions over the last few years in Manchester, including the excellent Pudding Black and a phenomenal performance of Sexual Perversity in Chicago, are set to offer courses in improvisational acting.

The focus of the 10 hour courses is to develop and sharpen crucial improvisational skills, helping students to learn to trust their instincts and impulses, amplifying their imagination and accomplishing spontaneity.

Run by Lee Lomas (pictured above alongside 1956 Theatre Artistic Director Amy-Jane Ollies), who has over 10 years of professional television and theatre experience, including roles in shows such as BBC’s The A Word, Happy Valley and Casualty, ITV’s Coronation Street and Channel 4’s Shameless, the courses will take place at MadLab Studios in Manchester’s Northern Quarter, running Monday – Friday, 7pm-9pm.  Lee has also directed and produced numerous stage-plays to critical acclaim, including his own original works Juke Box Baby and Pudding Black as well as the highly successful Manchester Rep Season.

The course will also include:

To ensure students receive personal contact and performance time, as well as value for money, 1956 Theatre are limiting place numbers, with smaller groups allowing for a level of trust between the actors who will work closely throughout the course.  They will also be putting the emphasis firmly on practical sessions as, other than a brief introduction, there will be little theoretical discussion, instead delivering as much physical content as possible, avoiding note-taking and making sure that students spend the bulk of the time acting.