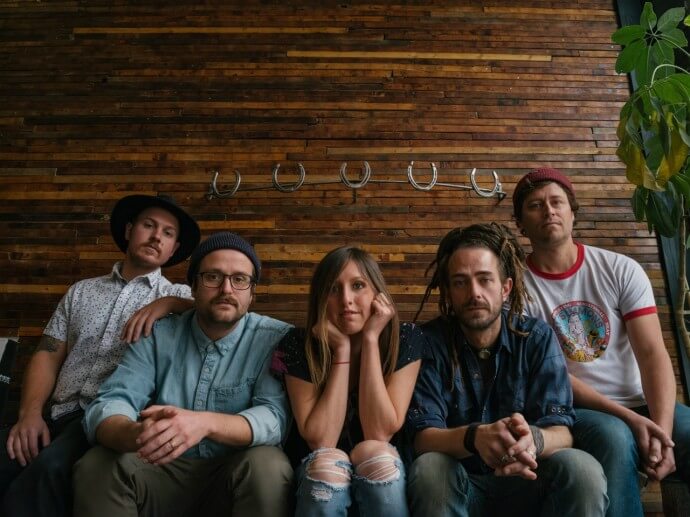 Shred Kelly release their fourth album, Archipelago, next week ahead of a UK tour including a Manchester gig at The Eagle Inn.

Archipelago is due for release on 19 October via DevilDuck Records.  The album has been produced by Howard Rekekopp (The New Pornographers, Tegan and Sara), and Josh Rob Gwilliam (Cowpuncher, Michael Bernard Fitzgerald), with co-production by Colin Stewart (Yukon Blonde, Dan Mangan) on the track, Don’t Ever Look Back.

Shred Kelly marks German label DevilDuck Records’ first international signing, with owner Jorg Tresp commenting, “We are very proud to release Shred Kelly’s 4th album, Archipelago, worldwide and that this great band is putting a lot faith in us being the first band on our new worldwide approach.”

In Review: Siobhan Wilson at The Eagle Inn

Archipelago features the individual experiences and musical influences of Tim Newton, Sage McBride, Jordan Vlasschaert and Ty West.  It covers themes of relationships and the world in the modern age.  Traditional instrumentation is supplemented with banjos, ukuleles and synthesizers.

The collaborative approach to songwriting resulted in Shred Kelly penning more than twenty songs before deciding on the final eleven.  “We’ll never put a song on the album that we don’t all agree on. With all of us gravitating towards different styles of music, it’s difficult at times to all agree on what we like most. So if we all love it, it’s a definite yes for the album.” Says McBride. “We worked hard to create an album that captured the energy of our live show, which can be a challenge in the studio. Thankfully, our producers Howard Redekopp, Josh Rob Gwilliam and Colin Stewart really succeeded at getting dynamic performances, and challenged us while keeping the process a lot of fun. We are very proud and excited to put it out into the world.”

When do Shred Kelly headline at The Eagle?