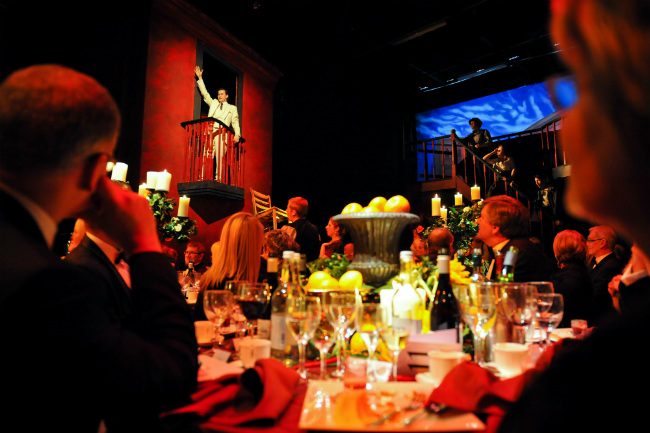 Manchester’s Royal Northern College of Music has announced its fourth Gala Dinner to be held on Friday 12th December (one month after the official opening of the RNCM’s new state of the art Concert Hall) amidst a set inspired by the magical Paris restaurant, Maxim’s, and Lehár’s opera, The Merry Widow.

The gala will be the latest in a line of dinners presented since the inception of the idea in 2010 which have previously seen spectacular opera productions, including Bizet’s Carmen, Britten’s Albert Herring and Donizetti’s L’elisir d’amore.  As usual the dining (a three course meal with wine) will be accompanied by entertainment provided by some of the College’s leading students in the RNCM theatre.  With a reputation for attracting and talented students, teachers, conductors and composers from all over the world, the entertainment will no doubt be first class. 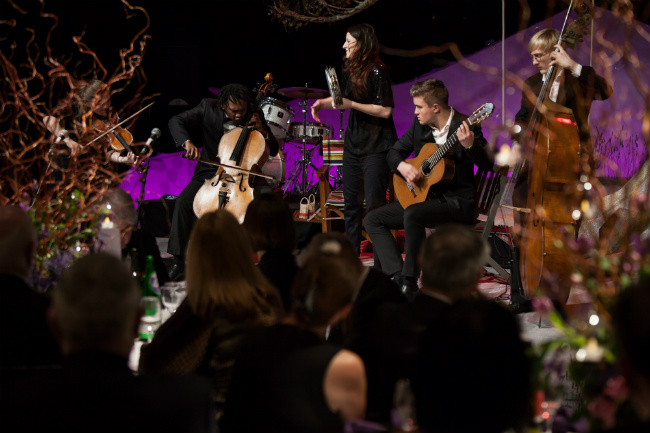 The proceeds of the night, which will also feature an auction of luxury items and a prize draw as well as a drinks reception sponsored by contractors Styles & Wood who have been responsible for the redevelopment work to the concert hall, will go to RNCM Engage, a multi-disciplinary programme which is dedicated to securing positive social change for RNCM students and the wider societies they work within.

‘The RNCM Gala Dinners have grown to become one of the most exciting and unique events in the region’s social calendar,’ said Christine Wardle, Head of Philanthropy. ‘The College’s operas are professionally staged each year in our Theatre and we are delighted that the 2014 Dinner will be held on the set of Lehár’s The Merry Widow, incorporating the beautiful work of set and costume designer Kate Ford.

‘With wonderful food, live music and fabulous company it really is a fantastic way to entertain friends, family, colleagues and clients at Christmas.’

The evening is sponsored by Waverton, whose Head of Charities, James Pike, commented ‘The RNCM is held in high esteem, attracting young musicians and audiences from all over the world. The Gala Dinner should prove to be an exceptional evening providing valuable support to RNCM students working out in the community, and Waverton is delighted to be supporting the event this year.’

In Review: Kristyna Myles at the Manchester Jazz Festival 2014