The Opera is based on a Mark Twain story and tells of the effect a mysterious stranger has on the lives of three boys in Eseldorf, a small village in medieval Austria, over a period of one week. Set in 1490 we watch the impact of the stranger as he introduces the three boys (August, Niklaus and Seppi) to ideas and technologies beyond both their time and anything they have been taught. It tells of scientific reason and technological advancement against a background of belief in superstition. The opera itself promises to be emotional, witty, psychological and melodious.

With funding from the Arts Council of England and the Richard Dawkins Foundation as well as the support of ACE, The University of Manchester, New Mills Arts Festival and High Street Books of New Mills, The Manchester Opera Project seeks to provide space, time and talent the development of new operas. It’s a particularly interesting social led project – “a creative collective of artistic citizens committed to composers who create new opera.”

The project enables the composers of operas to actually hear their work being performed whilst it is still, to an extent, in development; at the same time the public get to hear new operas and operettas. As such the Manchester Opera Project openly welcomes submissions and ideas from writers and fans, worldwide allowing new works to be commissioned, developed and presented. It’s a brave and refreshing project and something which can only serve to enhance Manchester’s cultural output.

It’s the brainchild of artistic director Emily Cobley (pictured), who describes the Manchester Opera Project as a ‘creative opera lab’ – a term we think fits well. Emily, who has vast experience on stage and has graced Cernegie Hall, the Metropolitan Opera, and performed in front of Bill and Hilary Clinton will also be singing in the performance and is joined by tenor Timothy Langston, a former University of Manchester and Royal Northern College of Music, who has gone on to perform with the Halle, Birmingham Festival Orchestra and Psappha amongst others. The four singers are completed with Steven Griffin who has worked with the Newfoundland Symphony Orchestra and the Bergen Philharmonic and is currently studying for his Master of Music at the Royal Northern College of Music and Emily Mowbray, a Dame Isobel Baillie Performance Award for Vocal and Opera studies winner and RNCM student (you’ll no doubt have noticed the strong Manchester influence here) who is no stranger to the stage having performed many works in the RNCM Concert Hall and Cosmo Rodewald Concert Hall. 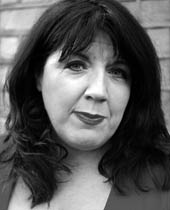 The Manchester Opera Project is also seeking to build up a roster of interested singers who can take part in future productions and welcomes people registering their interest via their website.

Mysterious 44 is the first production – a short chamber opera for four singers with an electronic background accompanied by a video installation (commissioned from New York artist Onome Ekeh). The work has been written by Kevin Malone, Head of Composition at the University of Manchester, and marks his operatic debut – something he has been working towards for a number of years with significant experience of theatre and film scores and concert hall music.