Royal Exchange’s Hamlet to be shown on Sky Arts 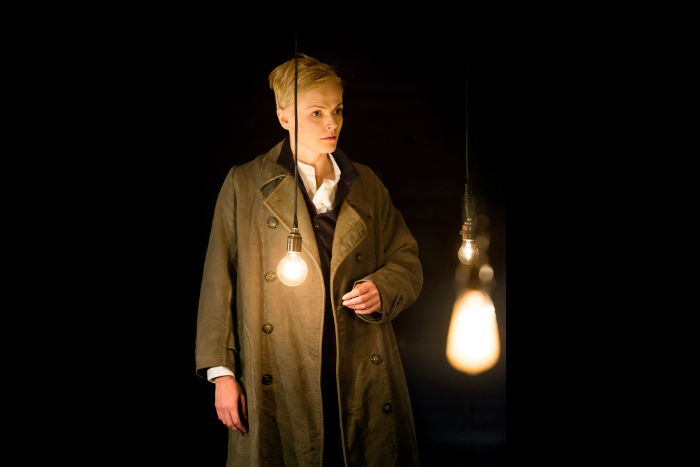 The critically acclaimed staging of Hamlet at the Royal Exchange Theatre, featuring BAFTA-nominated actress Maxine Peake is now set to be shown on Sky Arts on Monday 29 June at 8pm before it is released on DVD in September of this year.

The showing on television follows a cinema run viewed by 34,831 people in 310 cinemas across the UK.

Sarah Frankcom commented ‘Right from the beginning of this production, it felt like a thrilling opportunity to explore, excavate and interrogate something with Maxine Peake,  the most fearless and most courageous actor that I’ve ever worked with’

In the spring of 2015 the film version equally thrilled cinema goers with many venues adding additional screenings due to demand and popularity. In May it received a market screening at Cannes and was one of 50 British films selected to be shown as a part of the prestigious London Screenings which take place in June. The development of the film enabled as many people as possible to see this acclaimed production.

The Royal Exchange’s Executive Director Fiona Gasper commented ‘It’s our desire to make the work we do here as accessible as we can, creating a film version of this sold-out production meant that as many people as possible could share in and celebrate the work created at the Exchange and in Manchester. It has proved to be incredibly popular and we’re thrilled that it is now being broadcast by Sky Arts creating another opportunity to be part of this compelling production.’

Hamlet is brought to the screen by the Award-Winning film director Margaret Williams, whose work includes Written On Skin (Royal Opera House/BBC). It is produced by Anne Beresford of MJW Productions Ltd and Debbie Gray of Genesius Pictures.  This is the team behind the much-praised film version of Britten’s opera Peter Grimes on Aldeburgh Beach.

Margaret said, ‘Being able to shoot creatively with eight cameras ‘in the round’ enabled us to capture the spirit of the play and create a visceral and cinematic experience’.