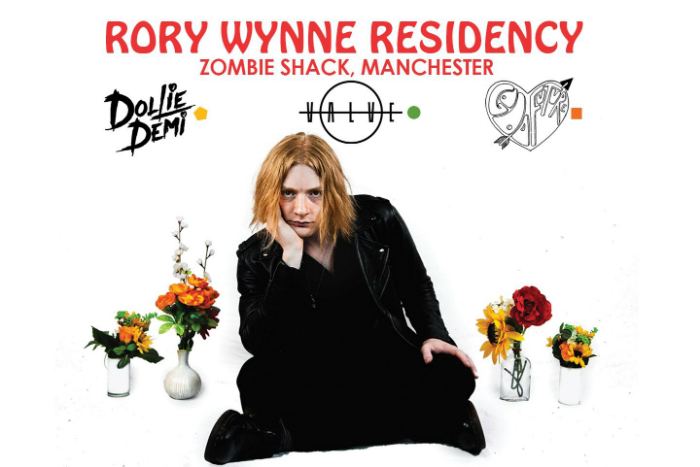 Rory Wynne has announced a hometown residency with four dates at Manchester’s Zombie Shack across September and October.

The news follows the release of his latest single Getting Over You.  The Stockport based singer-songwriter and producer has been championed by BBC Radio 1, BBC Introducing and Radio X and returns to the live scene after playing on the NME Tour and supporting Blossoms, The Coral and Pale Waves.

In Interview: Dollie Demi – “we’re going to show the world that we’re a band and we are willing to dominate”

Each night of the residency is also set to feature some of Manchester’s finest talents including Live-Manchester favourites Dollie Demi, Valve and Good Future.

When does Rory Wynne perform at Zombie Shack?

Friday 4 October – with support from Valve

When do tickets for Rory Wynne’s Zombie Shack residency go on sale?

Tickets for Rory Wynne’s Zombie Shack residency go on sale at 9am on Friday 28 June.