Rip It Up The 70s featuring Louis Smith, Rachel Stevens and Melody Thornton coming to Manchester 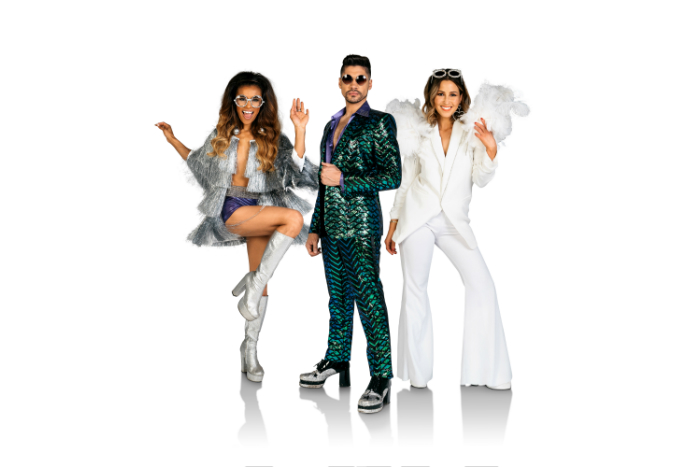 Rachel Stevens, Louis Smith and Melody Thornton will bring Rip It Up The 70s to Manchester Opera House in October.

The show is put together by the producers of Rip It Up The 50s and Rip It Up The 60s which sold more than 100,000 tickets and enjoyed a four month run in London’s West End.

Rip It Up The 70s will tour the UK with a new cast, bringing the soundtrack of the 70s to life in a feast of song and dance.

Audiences nationwide will witness Louis, Rachel and Melody sing and dance to all-time classics from the era that brought the sounds of disco, glam rock, punk, funk, new wave and reggae into the mainstream alongside bold fashion statements such as hot pants, flares, crop tops, jumpsuits, platform shoes, maxi-dresses and tartan suits!

Louis said: “Every night during the Rip It Up tours I tell people these shows are the hardest thing I have ever done – even harder than competing at the Olympics and Strictly. I’m not sure everyone believes me, but I’m telling the truth. But I love dancing and relish a challenge, so I am so happy to be part of the new Rip It Up The 70s show. I look forward to seeing everybody on the dance floor.”

Former S Club 7 star Rachel Stevens joins the Rip It Up team having also enjoyed success on Strictly Come Dancing. Rachel and her professional dance partner Vincent Simone narrowly missed out lifting the Glitterball Trophy during the 8th series of Strictly, finishing as runners-up in the final. Rachel and Vincent also achieved a then-record of twenty-five perfect 10s during the series.

Rachel said, “I am so excited to be joining the cast for Rip It Up The 70s. Dancing has played such an important role in my life. Like Louis, Strictly was one of the best experiences of my life, so I’m really looking forward to being involved in such an amazing production. And what’s not to love about the music and fashion of the ‘70s? It’s going to so much fun.”

Looking forward to starring in Rip It Up The 70s, Melody said, “Singing, dancing, ‘70s pop culture and fashions are lifelong passions of mine, so I jumped at the chance to appear in Rip It Up The 70s. I’m excited to show UK audiences exactly what I can do. I can’t wait to be part of what is going to be the most exhilarating show and an amazing tour with such a mind-blowing soundtrack.”

When does Rip It Up The 70s come to Manchester Opera House?

When do tickets for Rip It Up The 70s at Manchester Opera House go on sale?