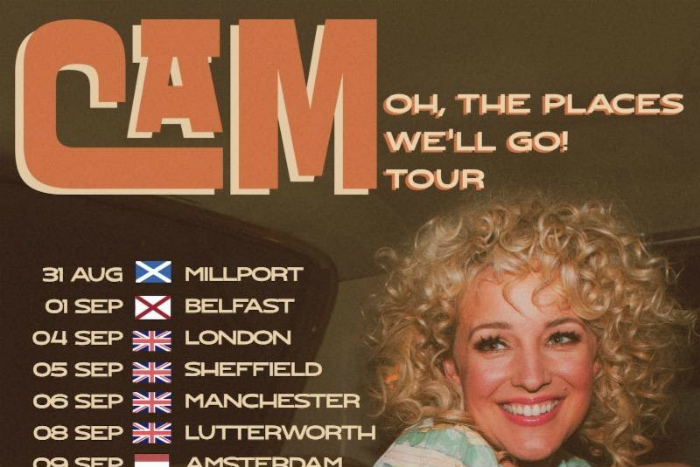 The ten date tour includes six UK shows before performances in Germany, France and the Netherlands.  The Oh, The Places We’ll Go! Tour kicks off on 31 August in Millport.

Cam kicked off 2019 with a world tour that included dates in Europe, Asia, and Australia and performances at C2C Festival in both Germany and the UK, as well as CMC Rocks in Australia. Her sets garnered rave reviews from the likes of The Guardian, Rolling Stone, The Queensland Times and Music Week.

She has since performed at Stagecoach and recently revealed the video for acoustic rendition of So Long, her collaboration with Diplo.

When does Cam headline at Manchester Academy?

When do tickets go on sale for Cam’s UK tour?