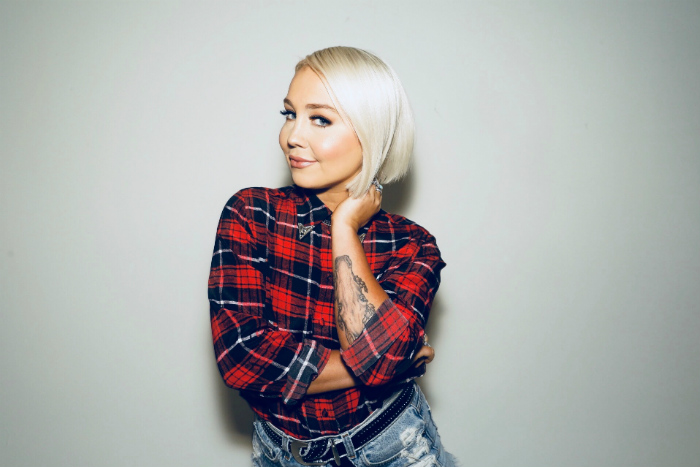 It’s set to be one of the standout country music gigs of the year when RaeLynn and Maren Morris perform at Manchester’s Albert Hall next week.  The Texas-born RaeLynn has been garnering the attention of fans for a few years now, since appearing on The Voice in America back in 2012.  Her debut album WildHorse (2017) then pushed her on to the next level and it’s been all go from there.

Now she’s returning to the UK to support Maren Morris on the European leg of her GIRL world tour.

We caught up with the outstanding singer/songwriter to talk about touring, writing and how she’s going to follow the huge success of WildHorse.

Live Manchester: Belated happy birthday!  How did you celebrate your birthday a few days back?

RaeLynn: Thank you.  I got to hang out with all my road family on the road. We actually had a show in New York. It was a great time to hang out, just chill. We had a show there, so it was fun.

Live Manchester: Your Manchester gig is going to be on us quickly.  Are you looking forward to the tour?

RaeLynn: Oh my gosh. I’m so excited about it! The weather out there is going to be perfect when we go. To get to go over there and perform again, that’s going to be such a blast. I was in the UK for C2C and I had such an incredible experience. I’m very excited to come back. 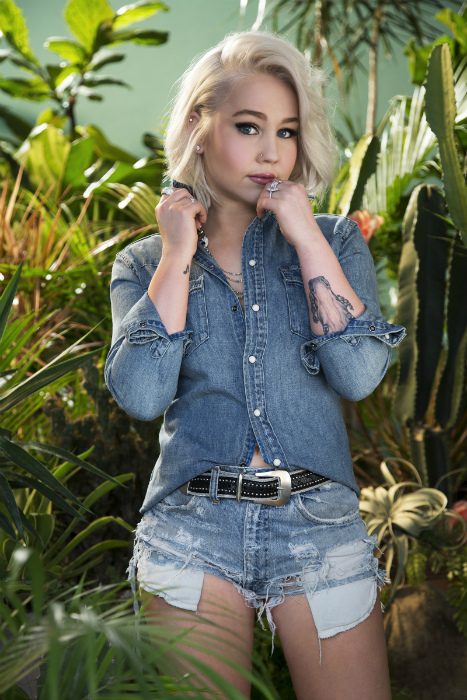 Live Manchester: What did you particularly enjoy about C2C?

RaeLynn: My favourite thing about C2C was just seeing the fans really connect to the songs that I’ve been writing. I’ve really only travelled a lot in the US, but to be able to go across the pond and see everybody over there and just see the fanbase over there was really cool for me. Especially as they are such a listening crowd. That was really cool to see as well.

Live Manchester: How did this tour with Maren Morris come about?

RaeLynn: Me and Maren have been friends for a while. Her record GIRL was all about supporting women. She brought out just all women on this tour, which I think is a really cool statement as a girl artist into country music. When she invited me to come on board, I was really excited.

Live Manchester: How have you been preparing for this tour?

RaeLynn: I’ve been preparing in a lot of different ways. Just being myself and just experimenting with new music that I’m putting out in the next month I’m really pumped about that. You’re just always keeping it fresh and different. With each tour, I always do a different cover or I do a different arrangement of a song that I’ve already cut. I think it’s important to keep the listeners just interested in what you’re going to do.

Live Manchester: Some people will have seen you perform previously, but for some people it will be the first opportunity they have had.  What can they expect?

RaeLynn: Well, it’s going to be more of a broken down set. I’m not going to have a full band because of scheduling and with the stage, it’s going to be hard to bring a full band. I’m doing more of an acoustic thing. That’s so much fun because you can really tell the stories of the songs that you’ve been writing. I’m excited for the fans to hear it.

Live Manchester: You mentioned new music can you tell us a bit about that?

RaeLynn: It’s definitely in the same vein as Tailgate and Rowdy. I’m really excited for everybody to hear it. It’s super fun and upbeat, and really personal. I think the fans are really going to love it. I played some of it at C2C but not all of it.

Live Manchester: Are we looking at a new album coming out soon then?

Live Manchester: In terms of writing, how do you approach your writing process?

RaeLynn: When it comes to writing, I think the coolest part about being a songwriter is you take a concept and you say, “How can I say this without it sounding the typical way, but also sounding like me?” The one way I always approach an idea is, “Is this the typical way you’d say this? How do you make it different?” That’s how I always approach my songwriting.  It’s going from left field rather than going the straight and narrow path.

Live Manchester: You’ve been writing and recording for quite the some now, how would you say your songwriting style or your musical style has evolved in that time?

RaeLynn: I think it’s evolved with just me growing up and going through real life things. When you go through real-life situations, it makes your songwriting better because you have something to write about. I’m thankful for all the hills and valleys that I’ve had to go through because it’s been able to be brought out in my songwriting. If you don’t go through things, you wouldn’t have anything to write about. That’s been a really cool thing with life, in general.  I’ve always had a situation with either me being super happy or me going through something with my family or me dealing with something with my career or my husband. All of those things go into your songwriting.

Live Manchester: When you’re performing live, you’re obviously channelling those sorts of things. How do you feel when you’re doing that? When you’re basically saying to an audience, “This is what I’ve been going through and this is exactly what I’m telling you.”

RaeLynn: I can’t imagine singing about anything else. I would only want to sing songs that I have a connection to because I always want to be authentic with my fans. Then I think that what makes an artist an artist is always being authentic.

Live Manchester: You’ve had great success with your debut album.  It hit the number one spot in the country album chart, and number 10 spot in the all-genre chart. Does that bring with it any pressure when you’re writing new material or are you really embracing that and saying, “It was great last time. I’m going to do the same again.”?

RaeLynn: I don’t think there’s pressure because as long as you’re being authentic to yourself and you’re doing the best you can, that’s all that matters. Your fans are always going to love you. That’s the cool thing that I’ve seen with everyday music.  I’ve already tried it out at different shows and I’ve seen the reaction from fans and it’s been nothing but amazing. That’s the cool thing about performing live … you get to try out your new songs live and see what works. I’ve been doing that and I’m excited for the fans to really absorb it by being able to listen to it.

Live Manchester: You obviously do a lot of work for your diabetes fund.  How can people help with that?

RaeLynn: You can always go to the RaeLynn’s Diabetes Fund. It’s on my page raelynn.com. Every year I give money for certain things but the last time I gave $10,000 to go towards education at the Texas Children’s Hospital, where I was diagnosed, to give teenagers a way to learn more about Type One Diabetes. I’m always constantly doing things for Type One Diabetes – it’s in my heart because I deal with it every day.

Live Manchester: It’s a fantastic cause and a wonderful thing you do.  We’re really looking forward to seeing you in Manchester.  Good look with the tour!

RaeLynn: Thank you so much. I can’t wait to see you guys.