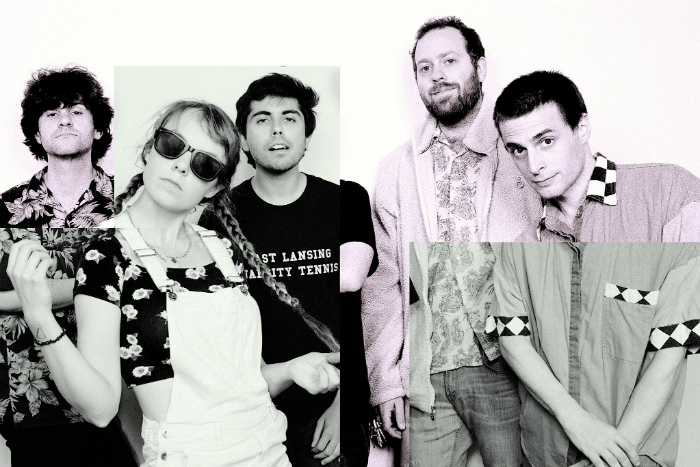 The New York art-rock band are performing a run of UK dates culminating in a Manchester gig at Soup Kitchen on 6 June.

Whether it be the sound of a rocket ship, a kitten-with-a-wah, distorted dolphins, or a clavichord made out of honey-baked ham, the band consistently finds new ways to bring together the many ideas that combine to shape each new batch of art-rock puzzle pieces.  Their experimentation and a keen DIY approach have been instrumental in piecing together the stunning sonic pallet they work with and creating the Guerilla Toss sound we know.

Guerilla Toss hit the UK following last year’s release of latest album Twisted Crystal.  It’s an album which saw them channelling The Slits, ESG, Gina X coupled with sing-speak vocals from Kassie Carlson.  The album, more personal than ever for the band, explores the human subconscious.  Dizzying, alternately pulsing time signatures, rhythmic calm, and groove have become their signature and feature heavily in the surreal album.

The album sees Kassie Carlson takes previous performances which saw her likened to a manic, possess high priestess and adds a calming charm and wisdom to the feeling of darkness.

When do Guerilla Toss headline at Manchester’s Soup Kitchen?