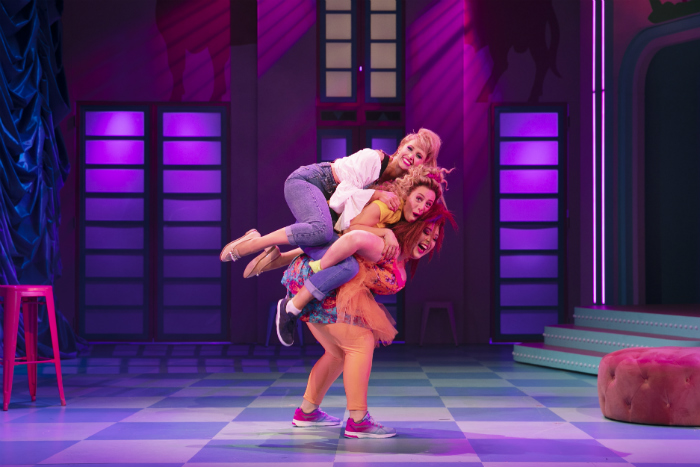 Big hair.  Shoulder pads.  Mobile phones which looked (and weighed) like bricks.  .. and smash hit pop classics.  Club Tropicana The Musical is set to take Manchester Opera House back to the 80’s.

The ultimate 80’s summer adventure of love in the sun to a soundtrack of smash-hit pop classics all performed live on stage is coming to Manchester.

Welcome to the vibrant Club Tropicana Hotel – the 1980s answer to Love Island.  The drinks are free and the whole family is invited to join the ultimate holiday musical.

When a budding bride and groom get cold feet, they each decide to jet off to sunnier climes and feel the heat – but little do they know they’ve checked into the same hotel…The sizzling summer season at the Club Tropicana sees drinks flowing and tans glowing. Will our young lovers decide to go through with the wedding? Will the hotel inspectors (finally) get their way and close the resort, or will the staff save the day? All will be revealed in hilarious style, to an irresistible soundtrack of some of the most iconic, chart-topping acts from the 80s, including ABC, Cyndi Lauper, Frankie Goes to Hollywood, a-ha, Culture Club, Kenny Rogers and Dolly Parton, Bucks Fizz and Depeche Mode: Girls Just Wanna Have Fun, Take On Me, Just Can’t Get Enough, Oops Upside Your Head, The Look of Love, Making Your Mind Up, Relax, Islands on the Stream, She Drives Me Crazy, Don’t Go, La Dolce Vita, Surprise, Surprise, Church of the Poison Mind, Fantasy Island, Up Where We Belong, I Could Be So Good for You, Fantastic Day and many more!

Who will star in Club Tropicana at Manchester Opera House? 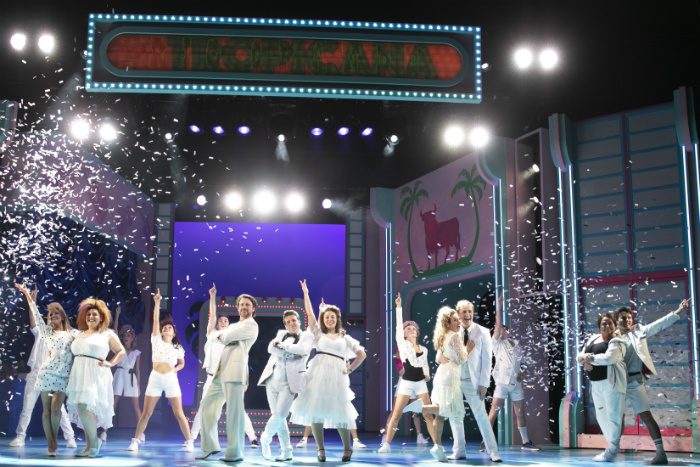 In the decade since he stormed to victory in The X Factor watched by 19.7 million viewers, Joe McElderry has become the sweet-singing hero and heart-throb of hundreds of thousands of fans aged from five to 95. He is the first The X Factor winner to release four albums – with sales of 550,000 in just a single year – he has sold out 60-date concert tours and was recently hailed as the greatest Joseph ever in Joseph and his Amazing Technicolor Dreamcoat. On TV he also won Popstar To Operastar with a landslide victory.

Neil McDermmott is a household name as Ryan Malloy in EastEnders, which saw him nominated Most Popular Newcomer at the National Television Awards. He has received rave reviews and an Off West End Award nomination as Evil Lord Hector in Eugenius! the Musical at The Other Palace. His previous West End roles include Chief Weasel in The Wind in the Willows and Lord Farquaad in Shrek the Musical. He was Bill Sykes in Oliver! at Grange Park Opera.

Kate Robbins is best known for her amazing impressions for a decade on Spitting image and most recently ITV’s The Imitation Game.  She has featured on iconic TV shows The Harry Enfield Show, Last Of The Summer Wine, Phoenix Nights, Holby City, Citizen Khan and Victoria Wood’s Dinnerladies.

Emily Tierney has just starred as Super Hot Lady in Eugenius! the Musical. She was Glinda in Wicked (Original UK No.1 tour); Glinda in the original cast of Andrew Lloyd Webber’s The Wizard Of Oz (London Palladium), she was in All The Fun Of The Fair in the West End and Molly Jensen in Ghost (Asia Tour). On TV she played the lead character of Lydia in the Channel 5 series Push.

Amelle Berrabah is best known as one third of the girl group the Sugababes, who had worldwide success selling over 12 million albums, with 26 top 10 singles, including two number one hit records. Amelle is also the first – and only – member of the group to achieve a solo number one with ‘Never Leave You’ – her collaboration with Tinchy Stryder, which was the biggest selling single of 2009. She appeared in the movie Plastic, starring Game of Thrones star Alfie Allen. She has presented TV shows including the BBC’s Tumble. Club Tropicana The Musical is her musical theatre stage debut.

When does Club Tropicana run at Manchester Opera House?