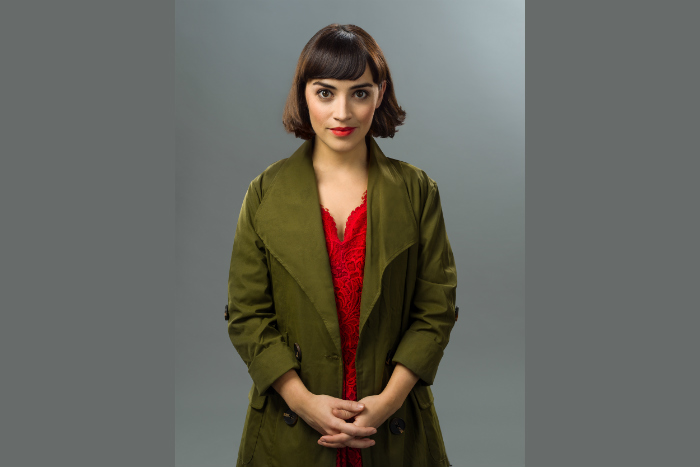 Audrey Brisson will play Amelie Poulain as the UK’s first musical adaption of the much loved Oscar nominated film comes to Manchester Opera House in August.

Amélie is the story of an astonishing young woman who lives quietly in the world, but loudly in her mind. She secretly improvises small, but extraordinary acts of kindness that bring happiness to those around her. But when a chance at love comes her way, Amélie realises that to find her own contentment she’ll have to risk everything and say what’s in her heart. Although times are hard for dreamers, Amélie is someone to believe in…

Speaking about performing the role of Amelie, Audrey Brisson commented, “Bonjour, je m’appelle Audrey Brisson et c’est avec un immense plaisir que je m’apprête à jouer le rôle d’Amelie Poulain. That is to say, I am really looking forward to sharing this journey filled with imagination and quirkiness that Amélie will concoct for us. Until then, à bientôt. (Have a raspberry on me!)”

Audrey Brisson’s theatre credites including The Elephantom, Pinocchio and Pericles (National Theatre), Midnight’s Pumpkin and The Wild Bride (Kneehigh), The Lion, The Witch and The Wardrobe (Kensington Gardens), Dead Dog in a Suitcase & Other Love Songs (Kneehigh), Romeo and Juliet (Rose Theatre, Kingston), The Flying Lovers of Vitebsk (Kneehigh), The Grinning Man (Bristol Old Vic), The Strada (UK Tour & The Other Palace).  Her screen credits include Hereafter, directed by Clint Eastwood, Outlander and Money.

Amelie The Musical will be directed by Michael Fentiman and features music from Hem’s Daniel Messe, with lyrics by Nathan Tysen and Daniel Messe.

The original film, Le Fabuleux Destin D’Amélie Poulain, was released in 2001, starring Audrey Tautou and Matthieu Kassovitz. Taking over $33 million in a limited theatrical release, it is to date the highest-grossing French-language film released in the United States, and one of the biggest international successes for a French film. Amélie won Best Film at the European Film Awards, four César Awards in 2002 (including Best Film and Best Director), two BAFTA Awards (including Best Original Screenplay), and was nominated for five Academy Awards, including best foreign language film.

When does Amelie The Musical run at Manchester Opera House?

Amelie The Musical runs at Manchester Opera House from 6 August until 10 August 2019.