Shane Richie to star in The Entertainer at Manchester Opera House 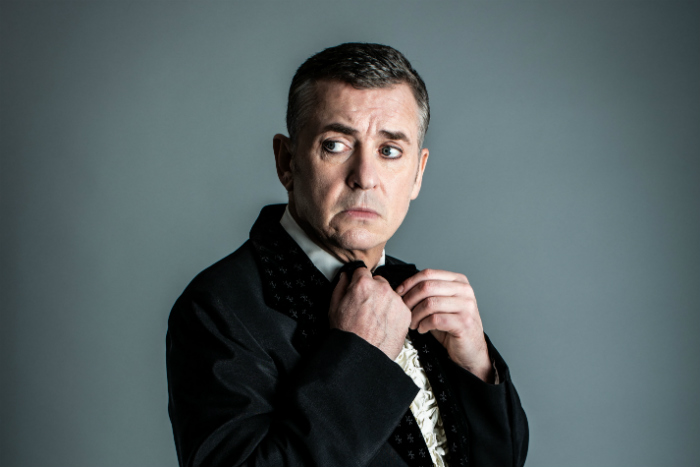 Shane Richie will appear as Archie Rice in a new production of John Osborne’s The Entertainer, coming to Manchester Opera House in October.

The production of The Entertainer will be directed by Sean O’Connor and given a vibrant new setting for the first time since its premiere in 1957.

What is The Entertainer about?

1983 – Archie Rice is a washed-up entertainer playing a summer season. As his soldier son sails with the Task Force to liberate the Falklands, his daughter Jean returns from campaigning against the war, and Archie’s professional and personal lives collide with devastating consequences.

Speaking about updating the productions setting, Sean O’Connor explained, “Osborne’s story of a man who faces the end of his career in the declining days of a popular art form in the context of Britain struggling to establish its place on the international stage has never seemed more relevant or more timely.

“Against the backdrop of the Falklands War of 1982, the satirical new world of alternative comedy has dismissed Archie’s style of humour and his sort of act as old–fashioned and even offensive. The mother-in-law joke has been outlawed and a generation of entertainers like Archie have suddenly found themselves irrelevant.

“At the same time, in the wake of recent abuse scandals, a certain cultural attitude- and a certain sort of man- has been exposed as outmoded and redundant; this is an Entertainer for 2019.

“It’s a tribute to Osborne’s genius that this play resonates beyond the historical moment it was written in and speaks to us directly today with such prescience, power and truth. It’s THE state of the nation play, but it’s also a moving examination of family and failure as well as a defiant roar in the face of the relentless inevitability of change.

“I’m hugely excited to bring this new vision of one of the 20th century’s finest plays to the stage and completely thrilled to have secured Shane – one of the great entertainers of today- to play one of the most iconic roles in British theatre.”

Shane Richie will take on the role of Archie Rice.  Richie has balance a hugely successful career in theatre, film and television.  His theatre credits include the London West End and Manchester production of Grease and One Flew over The Cuckoo’s Nest for a National tour. He stared in the musical Scrooge, and in American classics Lone Star and Private Wars at The Kings Head Theatre London.  He also played the lead in Peter James’ The Perfect Murder and Not Deaf Enough.

Speaking about taking on the role of Archie Rice in The Entertainer, Richie commented, “Following in the black patent shoes of Olivier, Gambon, Lindsay & Branagh, it’s an incredible honour to be asked to play one of literature’s greatest fictional characters, Archie Rice. In the words of the great man himself “you’re a long time dead, let’s just whoop it up!”

When is The Entertainer performed at Manchester Opera House?

The Entertainer runs at Manchester Opera House from 28 October until 2 November 2019.

image of Shane Richie in The Entertainer courtesy Helen Maybanks