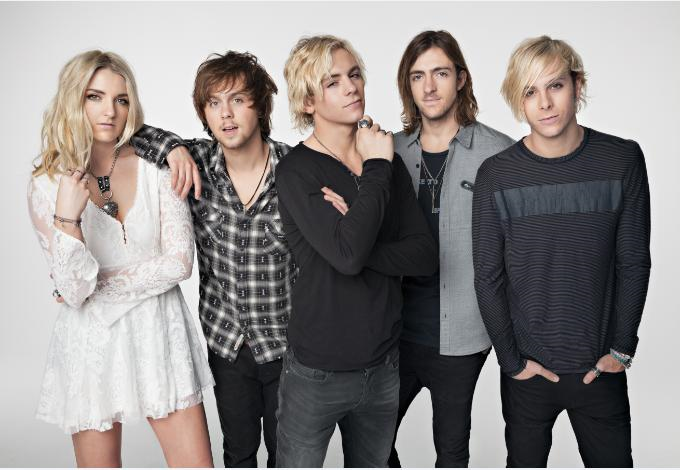 Set to perform at Manchester Academy

Following the announcement that R5 will return to the UK in October with a show at O2 Shepherd’s Bush Empire the band have now announced a brief run of dates which will see the five piece performing at Manchester Academy 2 on 18 October 2015.

The band is set to release its sophomore album Sometime Last Night, the follow up to their hit debut album Louder which hit the number 1 spot of the iTunes charts in ten countries following its September 2013 release.

But it’s not all music and touring for the band.  Riker Lynch was most recently seen on Season 20 of ABC’s smash hit Dancing With The Stars; and Ross Lynch currently stars as Austin Moon, on the Disney Channel’s hit comedy series Austin & Ally, which is in its fourth and final season and is set to star in Disney Movie Teen Beach 2.

The band self-released their first EP, Ready Set Rock in 2010, signed with Hollywood Records in April of 2012 and released their second EP, Loud, on February 19, 2013.  The quintet starred in a 5-part VEVO series titled R5 on R5 which saw cameras follow them on a 2013 sold-out tour that included shows in the U.S., Canada, Australia, England and France.  The band made a triumphant return to Europe in early 2014 and released a 6-part VEVO series, R5 Live In London, capturing the mania of R5 fans during a magnetic show in London in March of that year.