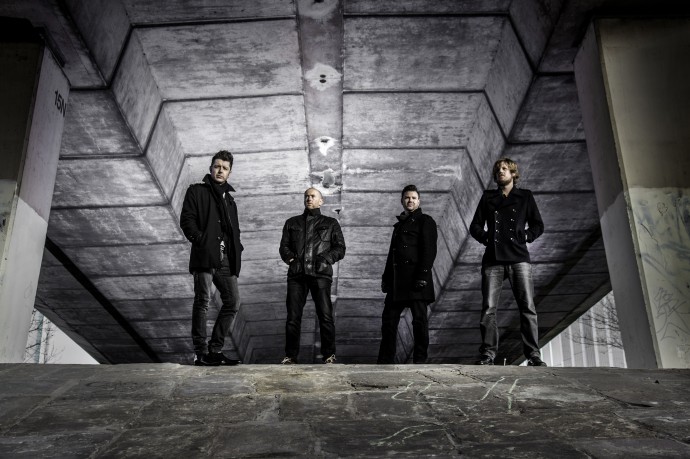 Set to reveal second album at The Deaf Institute

Manchester’s own Darktown Jubilee are set to return with the 20 July release of new album City of Light, the follow up to 2013’s debut The World, The Flesh and The Devil.  The indie-rockers are set to reveal the album in a home-town gig at the Deaf Institute on 11 July.

The 4 piece band, comprised of David Boardman (vocals & guitar), Stuart Day (bass), Matt Sale (drums) and Al Roberts (lead guitar)  combine the classic 80’s sound of New Order and The Smiths with more contemporary artists such as The Courteeners and Editors whilst in the process creating something that is uniquely their own. Darktown Jubilee have hit upon a formula that fuses simple strong melody and anthemic choruses with moody, edgy guitar and retro synths.

David Boardman from the band comments “The album has been recorded over the last few months over at our regular studio in Wigan and has been a joy to make. It’s been a real collaborative effort with everyone pitching in ideas, and I think you can really hear that in the tracks …we’re very proud of it. The first single, ‘Falling Down’ was kind of an obvious choice as it’s got a great hook and when we’ve played it live, people have always picked it out saying they love it! The Deaf Institute was our first choice of venue for our launch party and we’re delighted that we could host it there.”

Darktown Jubilee perform at The Deaf Institute on 11 July.  Tickets £4 plus booking fee.

In Review: Marmozets and Lonely The Brave at The Deaf Institute
In Interview: Eliza and the Bear
In Review: EofE and Glamour of the Kill at Sound Control