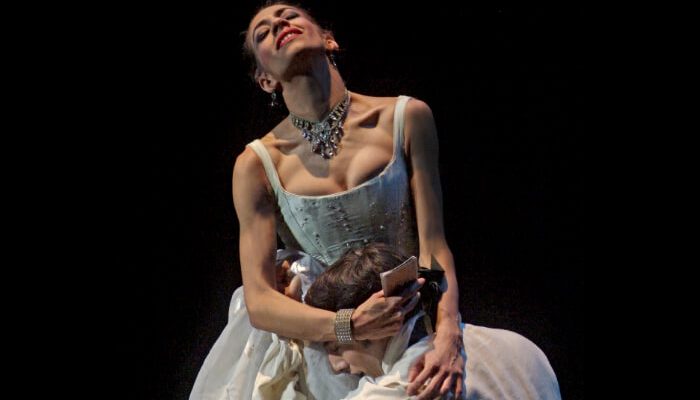 The English National Ballet has announced the Principal casting for their tour of Sir Kenneth MacMillan’s Manon which will be performed at Manchester Opera House.

The tour sees the English National Ballet performing Manon outside of London for only the second time in 30 years.

There are also debuts for Lead Principals Joseph Caley, Isaac Hernández and Jeffrey Cirio, as well as Principal Francesco Gabriele Frola and Soloist Aitor Arrieta in the role of Des Grieux.  Former Royal Ballet Principal, Rupert Pennefather, performs with the Company as Guest Artist in the role.

What is Manon about?

The young and naive Manon is torn between two lives.  Does he choose privilege and opulence with the wealthy Monsieur GM, or innocent love with the penniless student Des Grieux? Aristocrats and beggars, courtesans and harlots fill the stage.  Audiences are taken from a gambling den in 18th-century Paris to a desolate Louisiana swamp.  This is one of British ballet’s most dramatic stories.

Famous for its expressive choreography and dramatic challenge, Manon features some of the most demanding and fulfilling roles in ballet.  Manon is accompanied by Jules Massenet’s haunting music performed live by English National Ballet Philharmonic.

When does the English National Ballet perform Manon at Manchester Opera House?