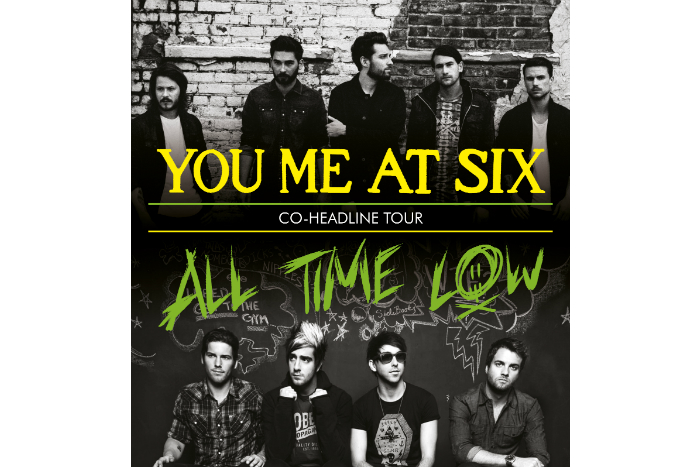 It’s been 10 years since You Me At Six (vocalist Josh Franseschi, guitarists Max Helyer and Chris Miller, bassist Matt Barnes and drummer Dan Flint) formed, but in a whirlwind decade since then they have amassed four gold records, entered into the mainstream, scored their first UK number 1 with 2014’s release Cavalier Youth, gone top 5 in the US and moved from dive bars in Guildford to headline arena tours around the world.

Commenting on what fans are expecting to be the most exciting tour of the year, frontman Josh Franceschi said: “We can’t wait to hit the road with All Time Low. It’s the tour we know our fans want, and we are so excited to be doing a full arena tour”.

Co-headlining alongside You Me At Six are All Time Low, whose frontman, Alex Gaskarth, says “we’ve never managed to hit up the UK with the hometown boys in You Me At Six, so this is going to be a really amazing experience. I think the fan-bases will come together and make the shows unforgettable.”

Despite You Me At Six’s Cavalier Youth seeming to be a slightly gentler piece than previous material, this did not stop fans and critics alike getting behind the 12-track and the positive reaction continued as singles were released including Lived A Lie which became their highest charting UK single.

The band, who have been announced as this year’s expanded Slam Dunk Festival headliners, had toured the US with All Time Low and it seems the decision to bring the union to UK was a natural one, and one which is paying off, with the first shows in the UK proving a massive hit with both fans and critics, leading to slight (friendly) rivalry as each band competes with the other to be the highlight of the show.

Baltimore pop-punks All Time Low’s last long player Don’t Panic was released in October 2012 before being re-released as a deluxe in September 2013 and debuting in the Top 10 on both sides of the Atlantic, spawning the singles Backseat Serenade, Somewhere In Neverland and A Love Like War.  They are now following this up with their sixth studio album, Future Hearts, which is due out on 6th April and features guest artists Mark Hoppus and Joel Madden.  The first single from the album Something’s Gotta Give received it’s first airing earlier in the year on BBC Radio 1, and proved a hit with fans.  The band, who have sold over 1.1 million albums, took two years off to write the album, with the quiet period leading to concern amongst fans, although that has now receded with the long wait for new material from the foursome over.  And fans may be in for a slight surprise as the imminent release marks a progression in the band’s sound, with a few new concepts, although they have been quick to dismiss suggestions that it marks a complete departure from previous material and are certain that it will not alienate long-term fans.

Supporting You Me At Six and All Time Low at Manchester Arena are Ohio indie-pop quartet Walk The Moon, whose slot comes in anticipation of the UK release of their new single Shut Up And Dance on 9th March, which will be followed in May by their second album Talking Is Hard.

Talking Is Hard sees the band exploring new musical elements with raw vocals and new wave hooks mixed with heavier riffs.  But whilst the band enters into uncharted territory, it is not all new as they combine the fresher elements with the characteristics which formed the backbone of their debut as the sound mirrors the topics of growth and survival which underpin the album, along with a musical restlessness which makes for a strong follow-up from the band.

You Me At Six and All Time Low perform at the Manchester Arena on Friday 13th February.  Support on the tour comes from Ohio indie-pop quartet Walk The Moon.

In Review: Fall Out Boy and The Pretty Reckless at the Manchester Arena
Fall out Boy Announce 2015 Manchester Gig
In Review: Nina Nesbitt at The Ritz 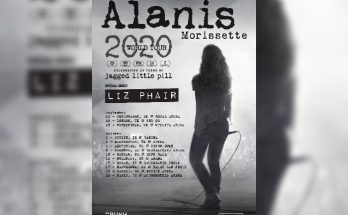