Previewed: We Were Promised Jetpacks at The Deaf Institute 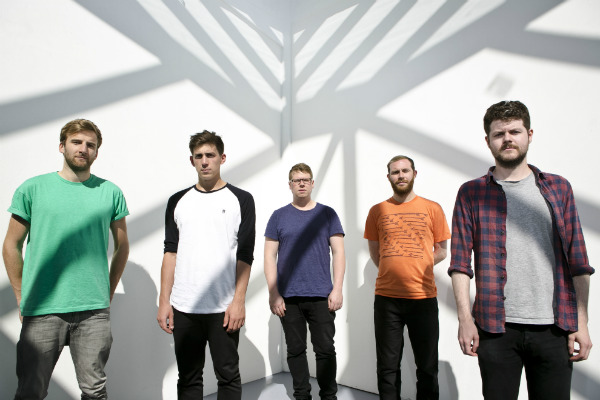 It’s the sort of name only students could really come up with and that’s exactly what they were when aged nineteen years old Adam Thompson (vocals / guitar), Darren Lackie (drums), Sean Smith (bass) and Michael Palmer (guitar) were bunking together in a flat in the West End of Glasgow.  In truth they had actually been together as a band a few years prior to that.

Now five years later the indie-rockers are on the verge of releasing their third studio album, Unravelling, which is set for release on 6th October 2014.  This latest album has seen the addition of Stuart McGachan to the band – a multi-instrumentalist (keys, piano and guitar) – which has enabled the band to try new things with their music.  The (now) quintet worked tirelessly on the album at the beginning of the year, recording at Chem19 Studios with Paul Savage (Teenage Fanclub, Franz Ferdinand).

The current tour (which is seeing them perform over 40 dates in Britain, Europe and America this autumn) is enabling WWPJ to showcase a wealth of new material from the highly anticipated album and so far it’s certainly going down well.  Citing influences such as Frightened Rabbit, The Twilight Sad and early Biffy Clyro, an exuberant and zealous sound is to be expected (and indeed was delivered on their previous albums), but this time it’s not as gung-ho as as their previous offerings – but by design as they allow the songs to breathe, enjoying greater highs and deeper lows with tremendous substance, sometimes eerier and darker than whan what they have previously come up with.  In fact the band worked on the songs three or four times each week, revisiting them and tweaking them constantly in search of ever improving their sound.  It’s the perfect foil for the theme of the album, the fine balance of things – the feeling that whilst everything may be going well, it can all change in a heartbeat, focusing on the pananoia and tension which this causes.

No doubt the energy levels will be high, as they always are, and they have built a reputation for delivering absolutely spot-on live gigs, evoking stadium-like moments and a beautiful tension, full of explosive moments which are the envy of many others.

We Were Promised Jetpacks perform at The Deaf Institute on Saturday 20th September 2014.  Tickets £10 plus booking fee.  Support comes from al-rockers Fatherson.

In Review: Teleman at the Deaf Institute