Previewed: Tori Kelly at The Ritz 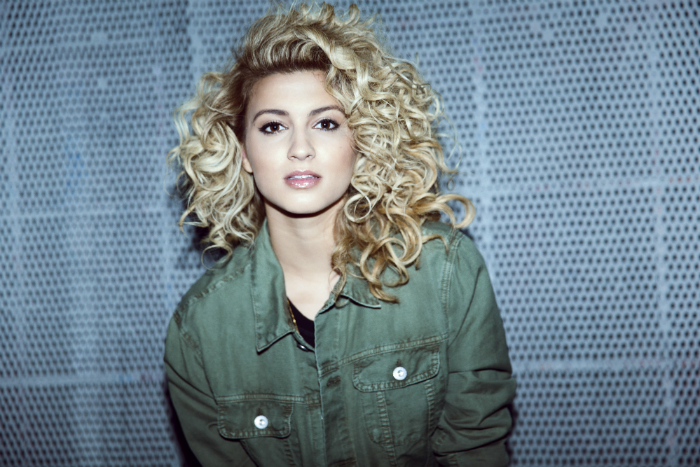 Tori Kelly has enjoyed a rapid rise, culminating in a highly successful 2015 for the Californian singer.  The year saw her release her debut album Unbreakable Smile, an album which received strong reviews at hit the UK Top 40, perform at the MTV EMA’s alongside Andrea Bocelli and scoop a Grammy nomination for the Best New Artist award.

Born and raised in Temecula, California 22 year old Tori Kelly (whose father is half Puerto Rican, half Jamaican and mother is of Irish and German descent), first rose to attention after her cover of Frank Ocean’s Thinkin Bout You went viral, racking up over 22 million views on YouTube.  To date her YouTube channel boasts over 1 million YouTube Subscribers and over 90 million views.
The Scooter Braun managed artist has been hailed as an Artist to Watch by Sam Smith, Rolling Stone and USA Today among others, and has wowed U.S. audiences with her live performances on a sold out nationwide North American headline tour, at 2015’s Billboard Awards and BET Awards, and on prime time TV shows Good Morning America, Jimmy Kimmel Live! and The Late, Late show.

Her other recent stand-out performance at the 2015 MTV Music Video Awards had everyone from John Legend and Pink through to Banks and Ed Sheeran praising it on twitter as the performance of the night. Shortly after the much talked about performance being broadcasted Kelly’s debut album Unbreakable Smile shot back into the top 5 on the U.S. iTunes albums chart and her single Should’ve Been Us re-entered the top 10 of the U.S. iTunes singles chart.

Joining her on tour is hotly-tipped, multi-talented UK artist Samm Henshaw, who released his debut EP The Sound Experiment in September.

His seven-track debut release The Sound Experiment began at University, where Henshaw is currently in his third year of studying Popular Music Performance.  Late nights jamming with his housemates formed the foundation of a free-flowing EP: one that snakes through old school hip-hop, blues and neo-soul.

Displaying the depths of his musical abilities, Henshaw turns his hand to both singing and rapping while also playing guitar, keys, drums and a smattering of bass. It was quite literally an experiment he explains, “At the time I didn’t know what I wanted to be as a musician. I just wanted to [try] loads of different sounds on and see what we came out with.  But as we’ve developed with the whole process of The Sound Experiment, things have become a lot clearer.”

You can listen to his stunning track Autonomy (Slave) below.