Previewed: Tom Hingley and the Kar-Pets at Night and Day 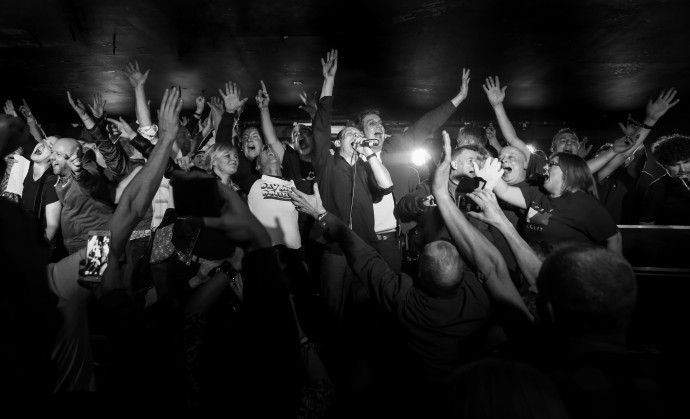 Former Inspiral Carpets icon Tom Hingley returns with his current ‘tribute band’ The Kar-Pets for a show at Manchester’s Night and Day on Thursday.

The much loved songwriter has returned with an exclusive new live album and DVD of performances with The Kar-Pets, a band which pays tribute to the organ-crazed pop smashes of Inspiral Carpets.

Fronted by the former voice and creative force of the Inspiral Carpets himself, Tom Hingley, this is a tribute band that packs far more pedigree than your usual pub-circuit wannabes.  Hingley was the lead singer for the most commercially successful period of Inspiral Carpets, joining for the band’s Life album staying until his departure of the release of their Devil Hopping LP.

Having toured the country to great acclaim with this barmy, yet brilliant new band, May Contain Nuts is a live multimedia DVD/CD where Tom and the Kar-Pets shatter any pre-conceptions of the tribute-band notion and show you exactly what they’re made of.  The DVD/CD is released on 8 December.

Recorded at the sold out show at The Ruby Lounge in Manchester on April 16th 2016, this release encompasses a live DVD plus an audio CD of the gig in a deluxe new 2 disc pack. Offering a unique take on the Inspiral Carpets back catalogue from greatest hits to beloved album tracks, this is a DVD that captures the band at their exhilarating and eyebrow-raising best, with pumped-up performances of classic tracks such as “Saturn 5”, “Bitches Brew”, “Find Out Why” and many more.

Where and when do Tom Hingley and the Kar-Pets perform in Manchester?

Tom Hingley and The Kar-Pets headline at Manchester’s Night and Day on 30 November 2017.