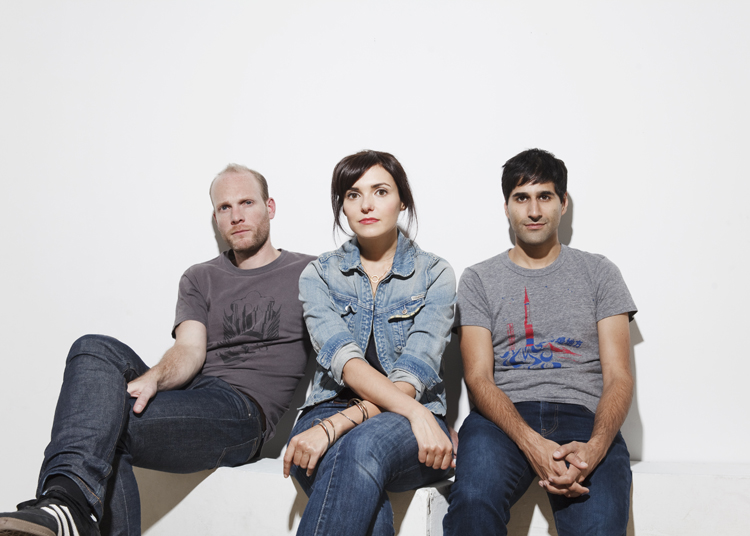 Touring in support of new album Mended With Gold

Canadian indie-rock band The Rural Alberta Advantage are set to perform at Manchester’s Soup Kitchen on Tuesday 25th November in support of their third album Mended With Gold, which was released just a few weeks back.

Since coming together in Toronto in 2006 singer-songwriter Nils Edenloff, percussionist Paul Banwatt and multi-instrumentalist Amy Cole have forged a repution as one of the most impressive live bands around and whilst doing so recorded their previous full-lengthers Hometowns (2008) and Departing (2011), earned two Juno Award nominations (Best New Gropu, Video of the Year) and  were noted on the Polaris Music Prize Long List.

It was the experiences which the group shared which saw Mended With Gold take shape, along with time spent in the Bruce Peninsula, as Nils recalls, “Last spring, I rented a remote cottage up in the Bruce Peninsula on the recommendation of some friends to try to do some writing for the new album.  It turned out to be a pretty terrifying place to be alone with your thoughts – locals told me to watch out for black bears, the heat wasn’t working and at night it sounded like the cottage was surrounded by wolves. I slept with a pocket knife at arms-reach. It’s funny the lines that will run through your head when you’re alone like that and trying to get yourself to sleep- they inspired “To Be Scared”, which is probably one of my favorite songs on the record.”

The twelve-track album was recorded at Toronto’s Candle Recording with long-time live engineer Matt Lederman and co-producer Leon Taheny.  It’s a tale of success, loss, adventure and heartbreak.  As recent sold out gigs in the US have shown the live stage is the perfect place for them to showcase their melodic songs – from the bittersweet to the catchy, from the themes of loss and emptiness through to upbeat drums and vocals, and all the while with a sense of energy and urgency and an invitorating stage presence.

In Review: Teleman at The Deaf Institute
In Review: The Orwells at Gorilla
In Interview: Gabriella Cilmi