Previewed: The LaFontaines at The Ruby Lounge 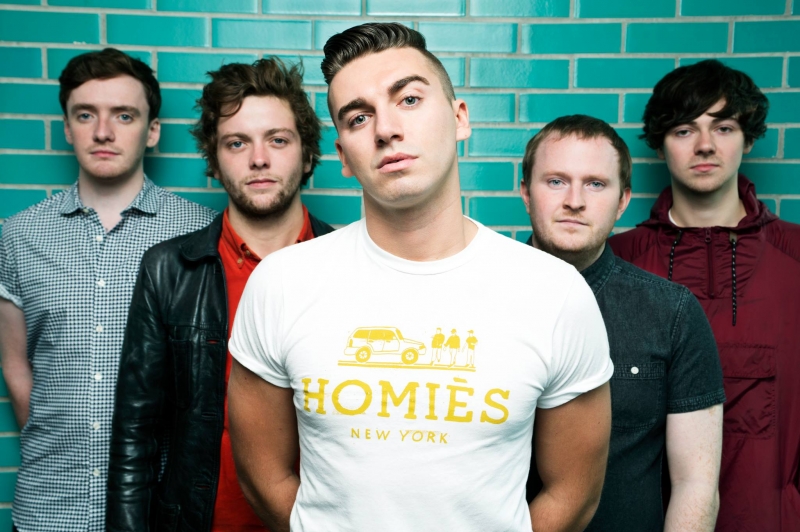 The LaFontaines have already developed quite the reputation.  The UK’s finest party band; unpredictable (they have been known to blow video budgets at casinos); energetic; often filling their gigs with the unexpected.  And now they’re bringing this reputation to Manchester’s The Ruby Lounge on 2 June.

The LaFontaines release their much anticipated debut album Class less than one week later on Monday 8th June and are in the midst of a 15-date UK tour promoting the new material, which has been produced by Matt O’Grady (You Me At Six/Don Broco). Class looks set to provide the boost into the mainstream that the Font boys have been building towards, and follows on from a phenomenal year in 2014, which saw them release two singles, headline in New York, support All Time Low, receive widespread airplay and sell out their biggest show to date – the Glasgow ABC.

As Scotland’s biggest independent band, The LaFontaines have always followed their own path and the album is no different.  The boisterous mob took to adventuring around the world for their latest video to support the release of the single, King.  And, as expected, the video sets the tone of things to come, with chaos bordering on international incident.  Says frontman, Kerr Okan, “I’d love to head back to Morocco, I just hope the authorities allow It. It would appear that chancing your arm and filming without a permit, doesn’t go down well in some places. We spent four hours in a holding cell in a Moroccan police station, whilst we tried to convince the authorities that we weren’t working for the BBC or making a film. Next time I think we’ll just head to Magaluf”.

Talking about the record, Kerr continued, “I couldn’t be happier with the album. We’ve spent the past 3 to 4 years leading up to this point. Everything we’ve seen on the road or experienced together as a band has finally made its way onto record. It’s guaranteed to shock those who assume we’re simply just the best live band in Scotland. There’s so much depth to these songs, a load of pain and struggle, but underlying throughout all of the writing, is some real grit and determination.”

Energetic and producing the sort of music that borrows from multiple genres, The LaFontaines combine the likes of hip-hop, electro, rock and pop into one wave of sound, for the ultimate party atmosphere.

In Interview: Eliza and the Bear
In Review: The Orwells at Gorilla
Fall Out Boy Announce Manchester Arena Gig