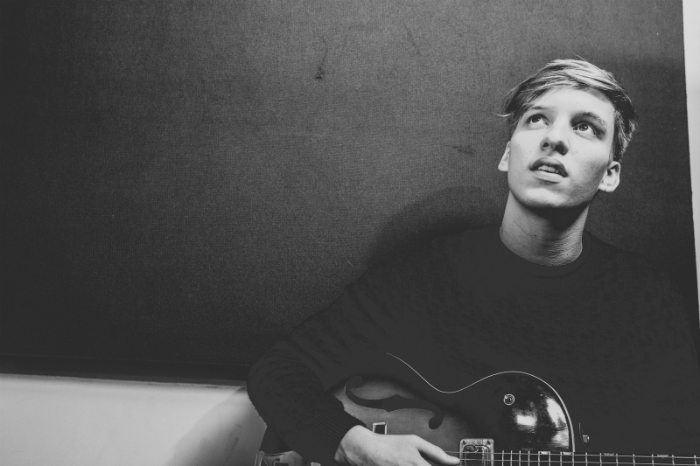 Maroon 5 return to Manchester for a performance at Manchester Arena.  Despite cancelling their recent Liverpool gig due to illness, the band have confirmed that the Manchester show will take place.  The tour marks a return to the UK for the three time Grammy winners following their two sold out O2 Arena dates in 2014.  The Adam Levine fronted LA band will be performing tracks from their latest album V alongside some of their previous hits.  Support comes from Magic! and Nick Gardner.  Tickets £35 – £45.

Scottish party-makers The Lafontaines celebrate the impending release of their debut album Class (out 8 June) with a run of dates and festival appearances.  With an ‘anything can happen’ approach to gigs, their energetic live shows can be filled with surprises … as can their music.   Think hip-hop, pop, rock and electro all brought together in one wave of musical intrigue (well they have been known to do the odd Notorious B.I.G inspired cover of Biffy Clyro tunes!).  Tickets £7.50.

Making waves in Portugal with her fado talents, Joao Gisale saw her eponymous debut album hit the number one spot in the Portugese charts in the Summer of 2013, a rare feat for a fado record.  It was also named Portugese album of the year by many of the country’s publications.  Intense, raw and musical, she is now bringing her undoubted talent to the UK with a brief run of dates.  Tickets from £14.

Performing songs from his critically acclaimed debut album Wanted On Voyage, George Ezra returns to Manchester for his rescheduled show.  An album which revealed the singles Budapest and Blame It On Me, his debut long-player spent 16 consecutive weeks in the UK album charts top-10, also hitting the number one spot.  Raw, original and pulling through elements of folk, blues and soul, Wanted On Voyage helped the four-time Brit Award nominee to truly break through into the public consciousness in 2014.  Tickets £22.50.

Global superstar Ariana Grande stops by Manchester on her 2015 worldwide tour in support of her album My Everything.  With a phenomenal 2014 behind her, one which saw her reveal hits Problem, Break Free and her stunning collaboration with Jessie J and Nick Minaj on the anthemic Bang Bang, the multiple AMA, MTV Europe, Billboard and MTV Video Music Award winner, is set to return to the screen later this year with new show Scream Queens, and has become a tabloid favourite, but let’s not forget her ability to produce outstanding pop tunes.  Support comes from Rixton.  Tickets £32.50 – £38.50.