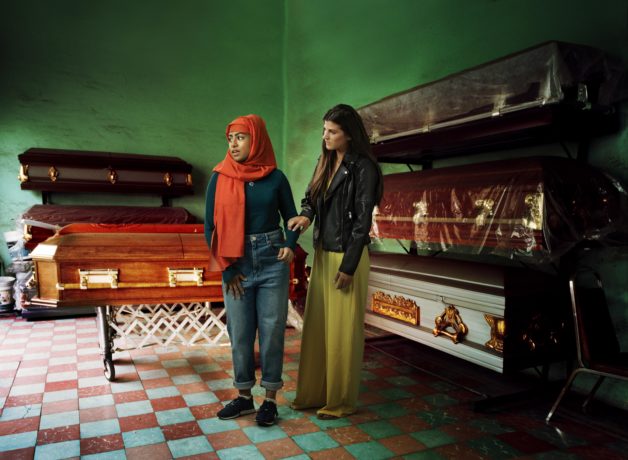 The original production was premiered by Papatango at Southwark Playhouse last autumn and is now on a UK tour.

What is The Funeral Director at Home Manchester about?

Life as the director of a Muslim funeral parlour isn’t always easy, but Ayesha has things pretty sorted. She and Zeyd share everything: a marriage, a business, a future. But when Tom walks in to organise his boyfriend’s funeral, a snap moral​ decision, informed by the values of Ayesha’s community and faith, has profound consequences.  Forced to confront a secret she has hidden even from herself, Ayesha must decide who she is – no matter the cost.

The Funeral Director marked Iman Qureshi’s full-length debut.  She has had short plays or limited runs commissioned or produced by Tamasha, Kalí Theatre, Purple Moon Drama and the BBC.

When does The Funeral Director run at Home Manchester?