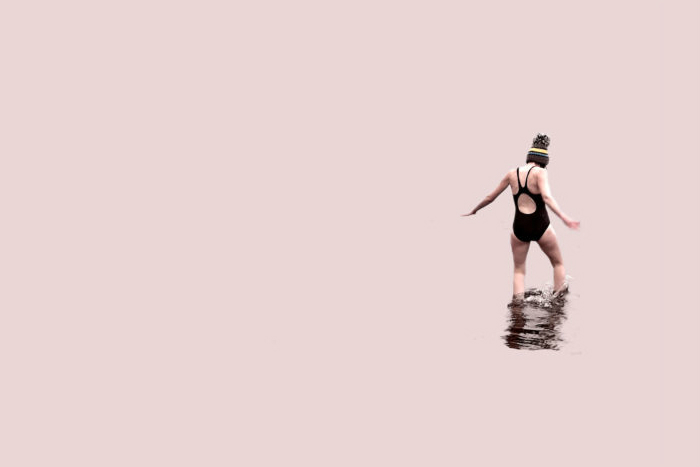 Home Manchester will host a run of Liz Richardson’s SWIM ahead of a stint at the Edinburgh Fringe Festival.

Theatre maker Liz Richardon has collaborated with fellow performers Josie Dale-Jones (who returns to Home Manchester following the recent production of .dressed) and Sam Ward to create Swim, a moving, yet humourous, account of one woman’s journey through grief.

Swim explores the feeling that at times we are drowning in it all, that we feel we can’t cope but just keep going.  Telling the story of how one woman turns to open water swimming to help her cope, Swim looks at the notion that to swim is to stay alive at a time when thousands of people are turning to open water swimming, taking better care of their well-being.  They swim for the community, for the feeling, for the love of it.

Swim is produced in association with Echo Presents, invites swimmers and theatre-goers alike to journey with one woman’s story, which may reflect their own.

The production, which runs at Beeside at the Pleasance Courtyard for the duration of the Edinburgh Fringe Festival, features live music from Carmel Smickersgill with video designed by Jim Dawson.  Promising a funny, moving and curious approach to exploring feelings of loneliness and the power of immersing yourself in cold water, Swim is supported by Cruse Bereavement Care and The Outdoor Swimming Society.

When does Swim run at Home Manchester?