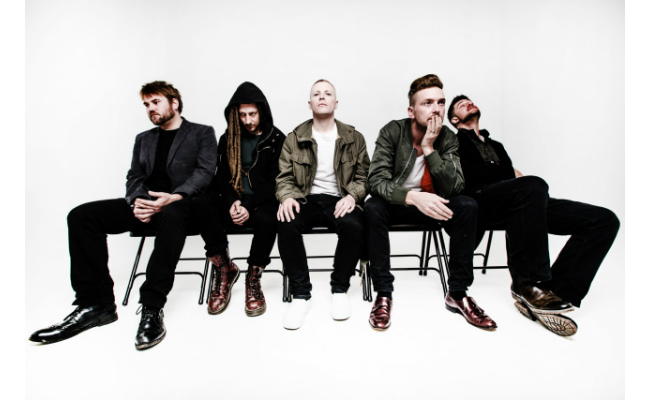 Just a couple of weeks after completing their tour of Germany, supporting Livingston, London based 5-piece Suzerain are set to perform at Manchester’s Antwerp Mansion in the run up to the release of their new EP Good Day, which is set to drop on the 30th November.

Lead singer Tom Pether commented on the track “Good Day is a song about pretending everything is okay when it’s not, that things are fine when deep down we know things are very far from fine.  Not fine at all.  It’s about allowing ourselves to be distracted, forgetting or choosing to forget.  It’s a little sarcastic.  And I think it’s a little sad.”  It’s a song which speak to us all, resonating with the listener who finds it easy to empathise with the subject matter.

The intense atmosphere which their music generates, combined with pounding drums and catchy hooks which are used to full effect serve to create an addictive sound and one which flows through the EP with darkly alternative songs Try Your Best and the cello-driven Hell Of A Way To Go.  It’s a sound which has witnessed inspiration from Berlin-era Bowie and drawn comparisons with Nine Inch Nails.

Their 2011 debut album Midnight In The Dawn City set the tone for what Suzerain can do and now Tom (vocals), Rich Summers (guitar), Mike Smith (bass), Matt Constantine (keyboards and cello) and Ben Howe (drums) look set to follow it up and continue what appears destined to be a hugely impressive journey.