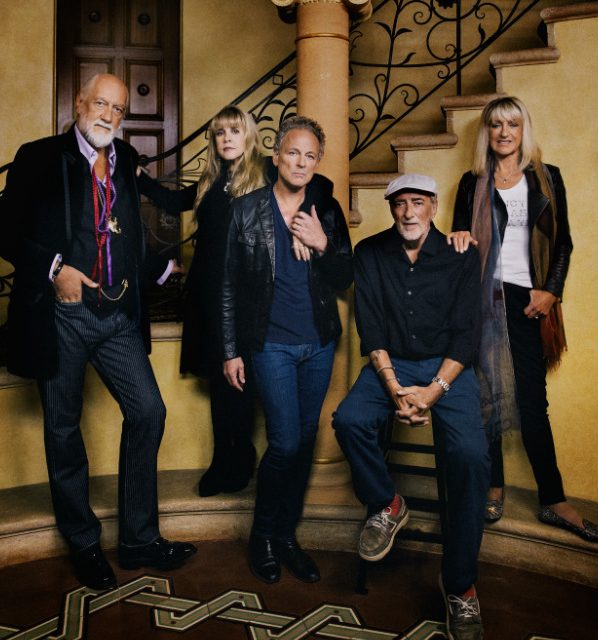 Rock legends Fleetwood Mac have announced that they will be returning to tour the UK in 2015 with their new ‘On With The Show Tour‘, which will include a date at the Manchester Arena on Friday 12th June 2014.

The tour marks a return to the UK following their record sell out tour of 2013.

The band, generally regarded as one of the most hedonistic in music history, is currently touring in the US where the On With The Show tour is being performed 70 times across the country.

The tour also marks the return of Christine McVie following a 16 year absence and sees the full five star lineup joining together on stage.

Christine McVie actually performed with the band during the 2013 tour when she joined the group for a one-off performance of Don’t Stop at the London O2 Arena gig which led her to comment “It was so comfortable being back onstage with them as if no time had passed, and then we all started talking and it feels like the time is right.  I’m really happy”.

Echoing this, a joint statement from the band confirmed “As far as we’re concerned, she’s never really left.  We are everjoyed to have Christine back on stage with us.”

Tickets for Fleetwood Mac at the Manchester Arena on 12th June 2015 go on sale at 9am on Friday 14th November.  Ticket prices range from £50 to £125 plus booking fee.