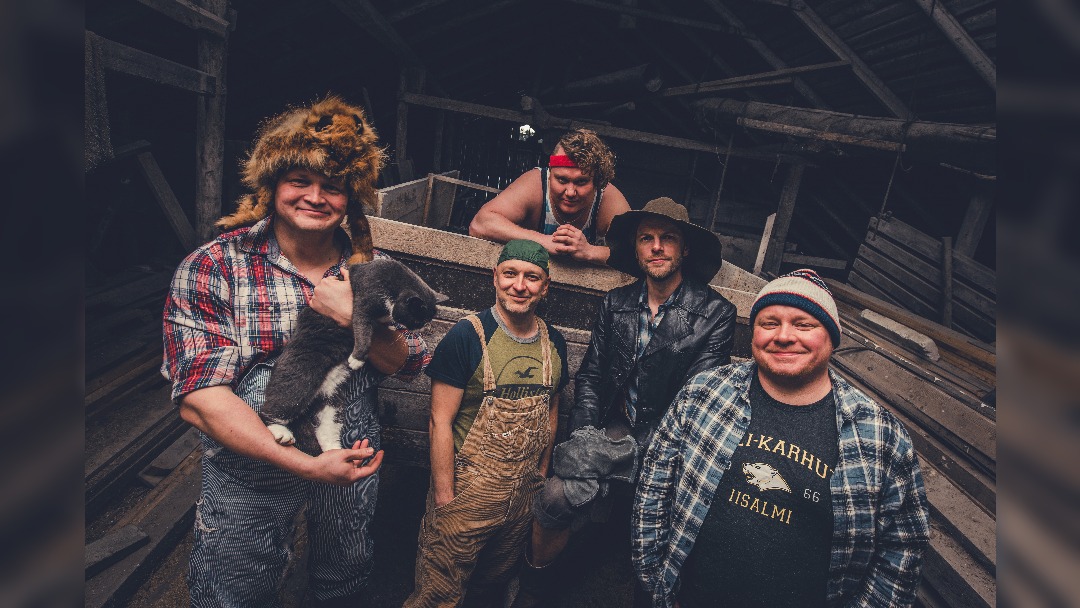 Finnish bluegrass rockers Steve’N’Seagulls are heading back to Manchester for a gig at Gorilla.  The band certainly know how to start a party and return to the venue following their triumphant gig in December 2018.

Formed in 2012, Steve’N’Seagulls have made a name for themselves by reinventing classic rock tracks, giving them a bluegrass twist and firing them up with an array of instruments the envy of a top music conservatoire but with a heavy emphasis on banjo, drums, cajon and double bass.  Add on to this their original tracks, Nordic sense of humour and more energy than a power plant and you’ve got quite the mix.

Having originally uploaded their hilariously hillbillified but air-tightly played rendition of AC/DC’s legendary Thunderstruck on YouTube they found themselves in the receiving end of the shock of their lifetimes in the form of millions upon millions of viewers. After a couple more videos the whole thing spun completely out of the band’s control, then grew bigger than them and has been snowballing ever since. Now they’ve found themselves with over 200 million YouTube views and counting. This whole explosion of events has turned in to recording deal, more videos and hundreds of live shows around the world.

The band finished their fourth album, Another Miracle, in early 2020, releasing it earlier this year.  The album features their incredible take on classics including Master Of Puppets and My Sharona as well as original material.

When do Steve’N’Seagulls headline at Gorilla?