Previewed: Pottery at The Castle 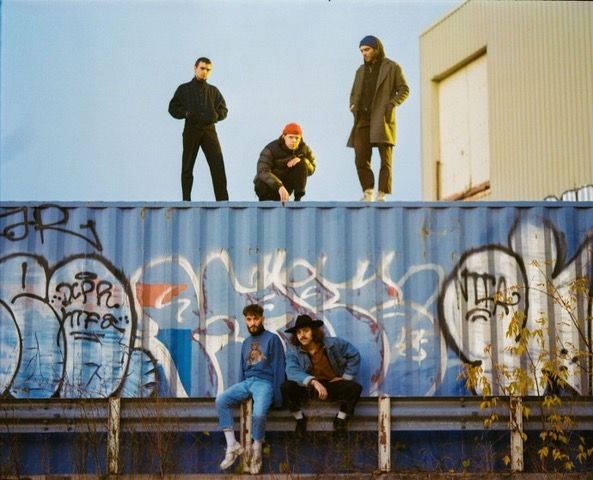 Montreal quintet Pottery headline one of their first ever UK shows at The Castle days after the release of debut EP No. 1.

No. 1 will be released on 10 May via Partisan Records.

In the run up to the release, Pottery shared The Craft, from the upcoming EP.  The track is accompanied by a music video following singer/guitarist Austin Boylan as he drops down to planet Earth to observe human behaviour.

Speaking about the video, the band’s Jacob Shapansky comments, “With ‘The Craft’ we wanted to explore the unconscious oddities of everyday life and how an outsider alien (Austin’s character) may interpret these trivial actions. Each band member has a niche hobby (in the video) that not only lends for blind emulation from the outsider, but also represents each member’s individuality within our collective project.”

The video was directed by Bronwyn Ford and Max Taeuschel.

Pottery recorded the EP over just two nights, with some tracks in a single take.  They pull through the influences of post-punk, pop, dance and the likes of Orange Juice, Josef K and Devo.

As part of the run of dates, Pottery are set to perform at Great Escape Festival and Gold Sounds Festival.

When do Pottery headline at The Castle?