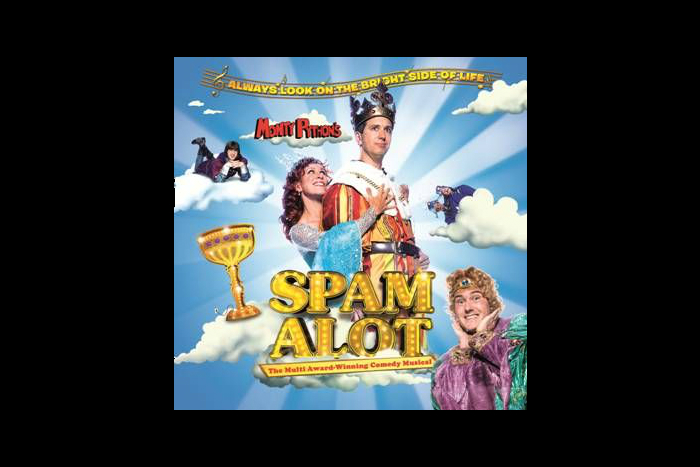 Monty Python’s Spamalot is returning to Manchester’s Opera House for the launch of an all new UK tour, featuring Joe Pasquale as the legendary King Arthur, Bonnie Langford as The Lady of The Lake and Todd Carty as Patsy.

Producer by Howard Panter, the show is lovingly ripped off from the classic film comedy Monty Python and the Holy Grail, and features a largely new score created by Eric Idle and John Du Prez, with the book also written by Eric Idle.  Idle commented of the show, “Spamalot is fun. The new production is funnier, it’s more like a Python show. There are new costumes and new sets, so it’s just got a whole different spirit to it.”

Joe Pasquale became attached to Spamalot with a successful West End run last summer, a role which he landed upon the recommendation of Bonnie Langford, following their appearances together on Dancing on Ice and in Pirates of Penzance, when she suggested to the producers that Pasquale would be ideal for the role of King Arthur – she was quickly proved right.  Clearly looking forward to the tour, Pasquale commented “I loved my time as King Arthur in the West End production. I am very excited to have been asked to return for the new UK Tour. I will be joining a fantastic Spamalot cast and can’t wait to get back on my invisible horse as we search the land for The Holy Grail.”

Telling the tale of King Arthur and the Knights of the Round Table, whilst featuring beautiful show girls, cows, killer rabbits and witch burnings (subject to health and safety approval) it’s fair to say it’s slightly removed from the traditional tale of Camelot.  The tour, directed by Christopher Luscombe, follows hot on the heels of the Monty Python Reunion show at the O2 and features incredible show tunes such as He Is Not Dead Yet, Knights of the Round Table, Find Your Grail and the classic sing along anthem and one of the nation’s favourite comedy songs, Always Look On The Bright Side Of Life.

Monty Python’s Spamalot will be performed at Manchester’s Opera House from Thursday 15th to Saturday 24th January at 7.30pm (no show on Sunday 18th January), with matinee performances on Thursdays and Saturdays at 2.30pm.

Re:play Festival 2015 coming to Home
In Review: Hidden at the King’s Arms Theatre
In Review: Little Shop Of Horrors at the Royal Exchange Theatre