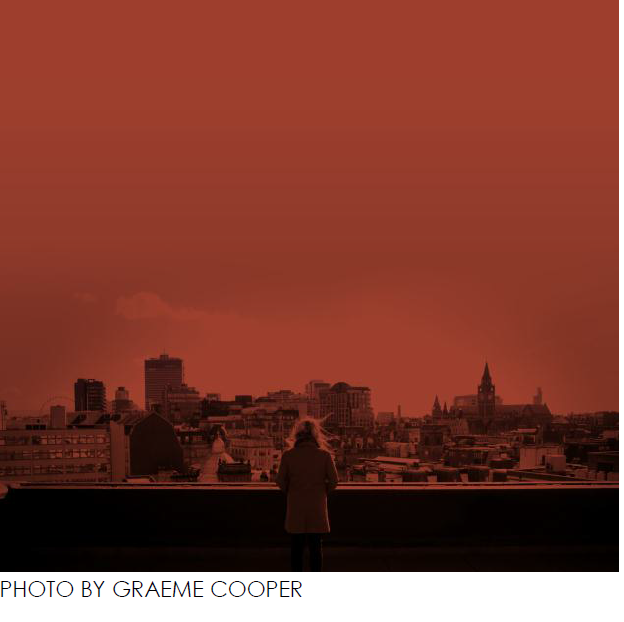 This year’s Re:play 2015 Festival is set to launch today at Home.  Brought on by the merger of the Library Theatre Company and the Cornerhouse, Home is destined to be the UK’s largest arts centre outside of London when it is finished this spring.

For now, the festival will take place in the pop-up venue at Number One, First Street, where some of the best local fringe shows of the last year are given another opportunity to shine.

Re:play has become established in Manchester’s theatrical calendar as one of the primary showcases for new theatre and now, in its ninth year, the annual festival is giving audiences a chance to catch some of the best, most innovative, funny and talked-about productions from Manchester and Salford’s fringe scene.  Each of the plays which is being presented has been seen before in Manchester and is being brought back, having impressed the festival’s organisers – they are the best of the best.

This year’s Re:play productions feature a wide range of styles and genres – from performances of classics to contemporary shorts; from tragedy to comedy.  They also heavily feature new and up-and-coming production companies, performers and writers.

War Stories is a collaborative piece set during the First World War offering a fresh perspective on Australia in the war.  The piece was written by two writers, one in England and one in Australia, who wrote the entire play via email and skype.

The Dumb Waiter is a new working of the classic Harold Pinter play.  This play was first seen in a purposely refurbished cellar at the Kings Arms and won the Best Revival award at the Manchester Fringe Festival.  It is presented by Ransack Theatre, a company formed following the play’s success, featuring students from the University of Manchester.

Spur of the Moment is the first drama school production asked to be a part of Re:play.  Presented by ALRA (North), the drama, by Anya Reiss, is about a 12-year-old girl growing up in a dysfunctional family.

Colder Than Here is a contemporary and witty piece which is designed to cause the audience to laugh, cry and think.  A tragicomedy, which marks the debut production of What A Little Bird Told Me Theatre, it tells the story of Myra, who is dying but treats this as a family bonding experience.

Tuesday at Tesco’s is a one act monologue, presented by Tangled Web which was formed specifically to produce this work.  A translation of a French play, it tells the story of the central character, Pauline, who used to be Paul and as far as her father is concerned … still is.

An Evening of Filth and Despair, a one-woman comedy show by Jenny May Morgan, is a sharp and intelligent humourous piece about erotica author Pamela DeMenthe who is set to present her latest ‘masterpiece’ Sticky Digits.  The fictional Pamela De Menthe is the author of such works as ‘Strangers on the metrolink‘ and ‘Asphyxiation (it’s not for everyone)‘ .  Directed by Lindsay Chapman, it features strong language and themes of a sexual nature.

The Tongue Twister is a family show about a land where rhyming is banned.  It is set to be fun for young as well as old.

Two Spirits – last year’s Pitch Party Winner traces the journey of three Sioux warriors who took part in Buffalo Bill’s Wild West Show in 1887 – writer Chris Hoyle will present a work-in-progress rehearsed reading in this free event, followed by a screening of a short documentary about his trip to South Dakota to research the play.

Re:play 2015 will also feature five emerging fringe comedians competing for the award of Re:play Breakthrough Comedian of the Year in a competition hosted by Justin Moorhouse.

Tickets for the festival are on sale now, with each production priced at £10 (£8 concession), except The Tongue Twister at £7.  Tickets may be purchased from the box office on 0161 200 1500 or online.