In Review: Little Shop of Horrors at The Royal Exchange Theatre 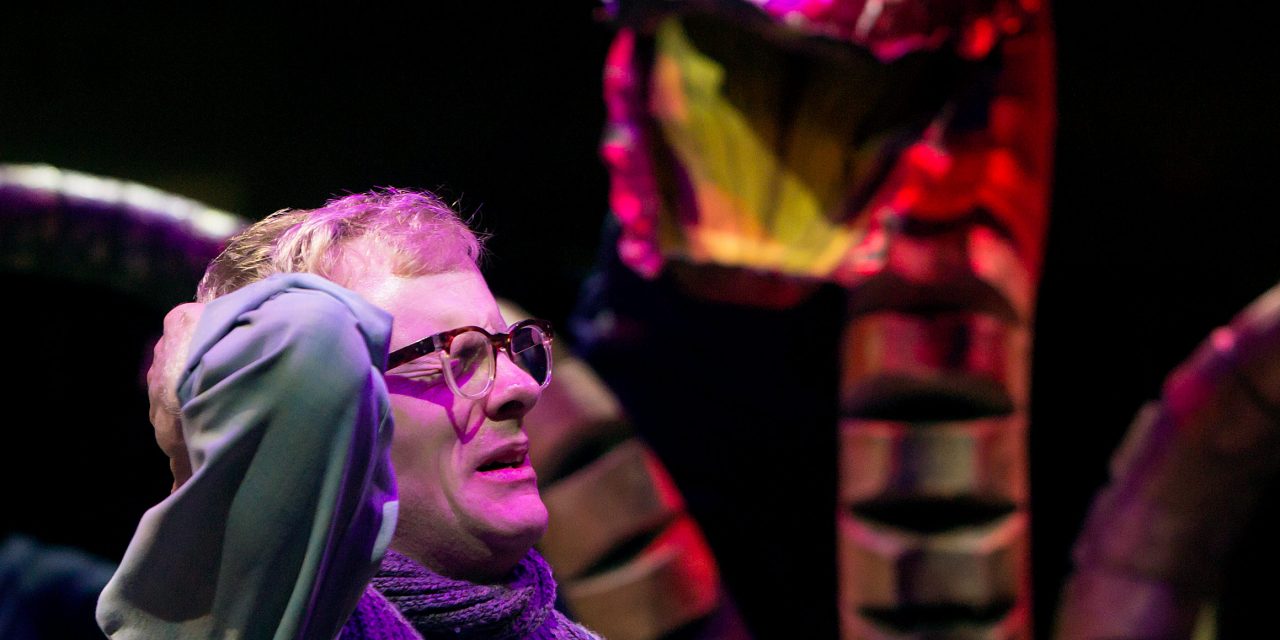 Following on from the hugely successful production of Hamlet that was recently performed at the Royal Exchange Theatre, last night we had the pleasure of watching the fantastic production of Little Shop of Horrors, directed by rising star, Derek Bond.

For those who might not have seen the film, Little Shop of Horrors can best be described as a hilarious 1950s musical sci-fi spoof about a carnivorous plant who promises fame and fortune in exchange for feeding its increasing appetite and size.

Making his first appearance for the Royal Exchange was Gunnar Cauthery, who put on a great performance as the shy, geeky, downtrodden florist, Seymour Krelborn, who discovers this ‘new and interesting plant’ which he names Audrey Two in honour of his co-worker, Audrey (played by Kelly Price), with whom he is secretly in love.

A victim of her abusive and sadistic dentist boyfriend Orin Scrivello DDS, who was fantastically and hilariously played by Ako Mitchell (his performance of Dentist was exceptional!), Price evoked empathy in her role as the ditzy, leopard-print-loving Audrey who gave an especially emotive performance, together with Cauthery, of Suddenly Seymour.

Whilst the audience were made to root for Seymour and Audrey’s relationship, their boss, played by Sévan Stephan, has many a stage stealing moment as the larger than life flower shop owner Mr Mushnik.

The true stage stealer though was in fact Audrey Two and puppeteers Nuno Silva, James Charlton and CJ Johnson. Also providing the voice of Audrey Two though, it was the incredibly powerful vocals of Nuno Silva that truly made this enormous, all-singing, ever-bloodthirsty plant come to life.

For a show that is receiving standing ovations and is now enjoying an extended run until 31st January 2015, the production team for Little Shop of Horrors also truly deserve recognition for their part in the creation of this sincerely outstanding show. Designed by James Perkins, together with Richard Howell (lighting), Richard Brooker (sound design), Toby Olie (puppetry design and direction) and Tim Jackson (musical direction and choreography, Little Shop of Horrors was quite possibly our favourite theatre performance of the year so far – so much so that we might even try our luck getting tickets to catch it again before its run ends!