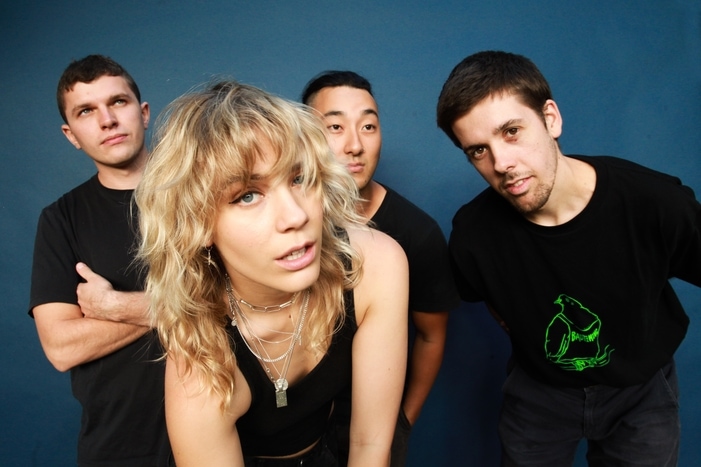 New Zealand’s Miss June are about to kick off their Bad Luck Party tour in support of their recently released debut album and will be stopping off at YES Manchester.

The Auckland four piece open their tour on Saturday in Birmingham, before hitting YES Manchester on Sunday 29 September.

The group of Amanda Liddell (vocals), guitarist Jun Park, bass player Chris Marshall and drummer Tom Leggett have been described as ‘some unholy union between Sonic Youth and Le Tigre’.  They have built a reputation for fierce, formidable and head-spinning live shows which have caught the attention of acts like The Foo Fighters, Shellac, Wolf Alice, Idles and Die! Die! Die!, who have all eagerly harnessed their support on stage.  Combining elements of post-punk, no-wave and rock, Miss June hold close their DIY roots while creating a blistering, reckless sound full of melodic hooks and overdriven riffs that are at once immediately recognizable and yet entirely their own.

Miss June’s 10 date tour comes admist a world-wide Bad Luck Party run.  It follows on from a huge 12 months for the band which has seen them generate a huge buzz from their 2018 BigSound showcase, sign with New York label Frenchkiss Records and then release their debut album Bad Luck Party.  The 11 track album was produced by Tom Healy and sees Miss June sticking close to their DIY roots, combining elements of post-punk and rock to creat a sound full of hooks, riffs and blistering sound.

When do Miss June headline at YES Manchester?