Previewed: Mew at The Ritz 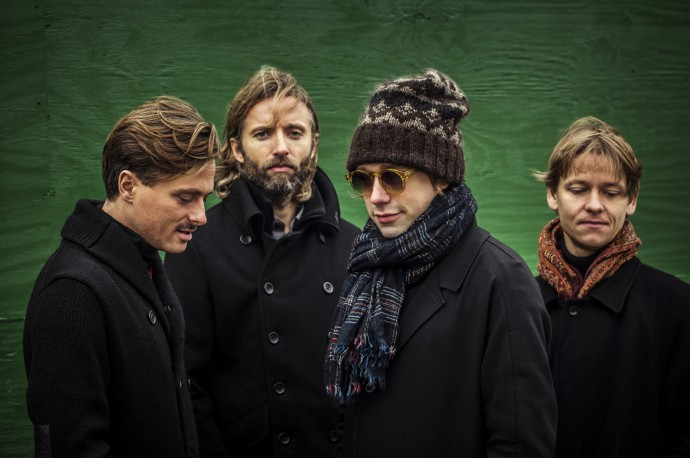 Over six years since their last UK tour, Danish noisemeisters MEW are back in the UK and performing at Manchester’s The Ritz as part of a brief run of dates which will also see them playing at Glasgow’s ABC and London’s Roundhouse.

The return follows the release of their acclaimed 2015 comeback album ‘+ -‘.

With the tracks of their brand new LP ‘+ -‘ in their artillery following its release last month (27th April 2015), the cult indie band’s UK dates are their first since the No More Stories Are Told Today, I’m Sorry They Washed Away // No More Stories, The World is Grey, I’m Tired, Let’s Wash Away tour in 2009.

The series of dates will hold a particular significance for long time fans of the band, as original bassist Johan Wohlert rejoins Mew on stage in the UK for the first time since his departure in 2006 completing a line-up which includes Jonas Bjerre (vocals), Bo Madsen (guitar) and Silas Utke Graae Jorgensen (drums).

Their latest effort, ‘+ -‘, is all skewed pop sensibility coupled with an ever expansive musical backdrop denotes the extremities of the band’s creative DNA and shows once more a band treading their own unique path.

Recorded in Copenhagen, produced by Michael Beinhorn and Mew with mixing duties undertaken by Rich Costey , ‘+ -‘ also features an appearance from Bloc Party guitarist Russell Lissack on ‘My Complications’ – a song he co-wrote which came to fruition having met Mew on a US tour some years ago.