Previewed: Metric at The Ritz 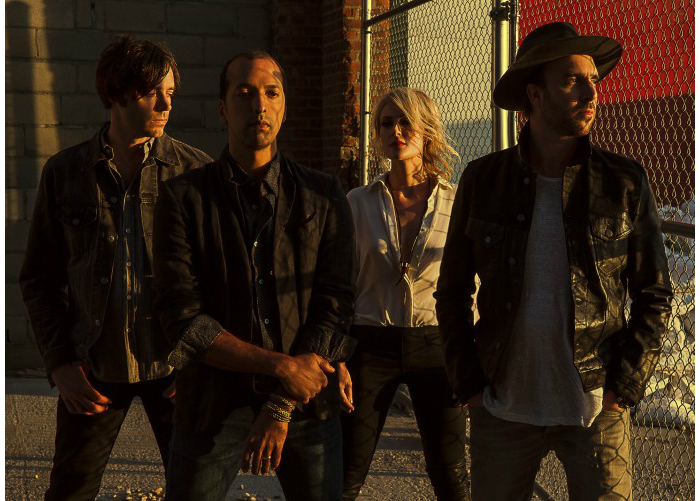 Canadian alt-rockers Metric are about to hit the road in the UK in support of their new album Pagans In Vegas, their sixth studio album, available from 9 October.

The tour sees the foursome of Emily Haines, Jimmy Shaw, Joules Scott Key and Joshua Winstead performing at The Ritz on 9 October.

Metric’s breakout new record ‘Pagans In Vegas’ will be the first of two companion albums from the band, with the second expected in 2016. Their time spent writing in 2014 – Shaw at his studio in Toronto, delving into a wall of modular synthesizers and Haines with nothing more than an acoustic guitar in Nicaragua and Spain –yielded an unprecedented amount of material that revealed itself across at least two major musical veins. Realising they had composed enough music for two very different albums, they decided to let each collection of songs stand on their own.

The award winning Metric have packed their new album with reverent references to artists who have inspired them, from Depeche Mode, New Order, The Cure and Underworld all the way back to Kraftwerk.

Frontwoman Emily Haines explains that it was about finding “the romance of another time without falling into nostalgia.” But despite a few glances in the rear-view mirror, ‘Pagans In Vegas’ stitches together its acoustic and synthetic foundations with a crisp, unique sense of the here and now.