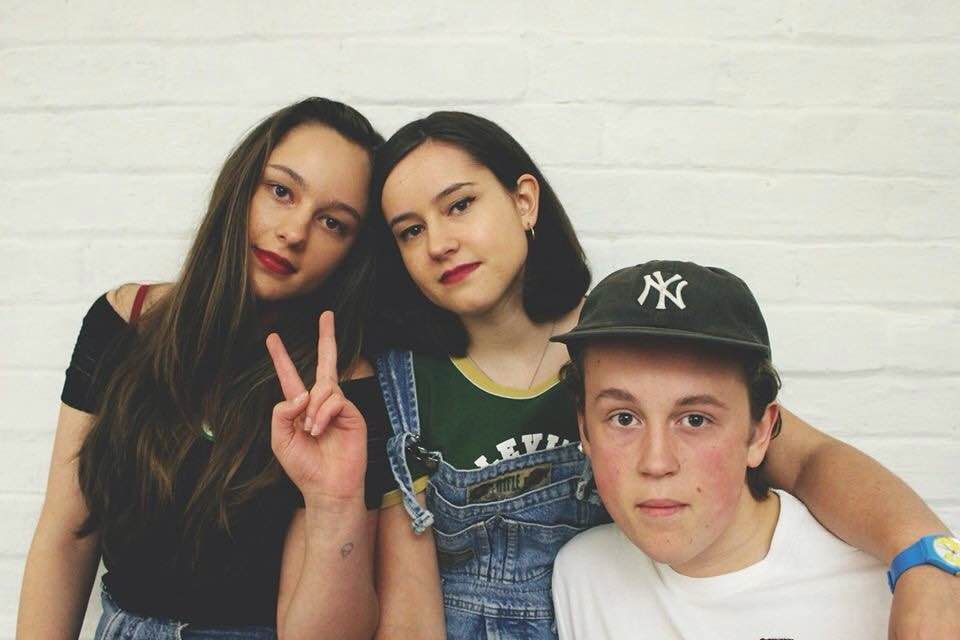 Halifax band The Orielles – made up of sisters Esme and Sid Hand-Halford and friend Henry Wade – have announced a headline show at Manchester’s Deaf Institute as part of the Jerky Joey tour in support of their brand new record Joey Says We Got It which is being released on cassette and digitally.

The Orielles have been garnering some major interest in recent months with their lilting harmonies, glistening guitars and punching basslines, following a summer blowing people away with their electrifying live performances at festivals including Dot To Dot, Live At Leeds and Liverpool Sound City as well as a recent outstanding gig at Manchester’s The Castle and last year’s single launch at The Deaf Institute.

To coincide with the tour announcement, The Orielles have also revealed details of their latest single release. Their splendid new single ‘Joey Says We Got It’ will be released on 17th October 2015 as part of this year’s Cassette Store Day. The track will be released via Weiner Records on cassette, as well as being part of a very special cassette release by Alcopop! and Superfan99. Cassette Store Day favourites Alcopop! have teamed up with Super Fan 99 for a unique release – as well as three acts from each label featuring on the release, they are also giving the opportunity for any band anywhere in the world to be included. They’re releasing 56 bands in total this Cassette Store Day, and The Orielles are one of them! The track will also be available digitally, and is their first single since ‘Space Doubt’/’Just Like Glue’, released in April 2015.

The band have expressed their excitement over their new single release; “We’re really looking forward to getting involved with Cassette Store Day with this single and it’s also an added bonus that it’s our first release available in the US! The single itself is one of the newest tracks we’ve written so it’s still really fresh and exciting for us to play. We’re really psyched for people to hear it for the first time. We think that this track exhibits a wide range of our musical influences especially towards the end where we experimented with a few new sounds that gave the song a new vibe.”