Previewed: Martin Stephenson and The Daintees at the Lowry 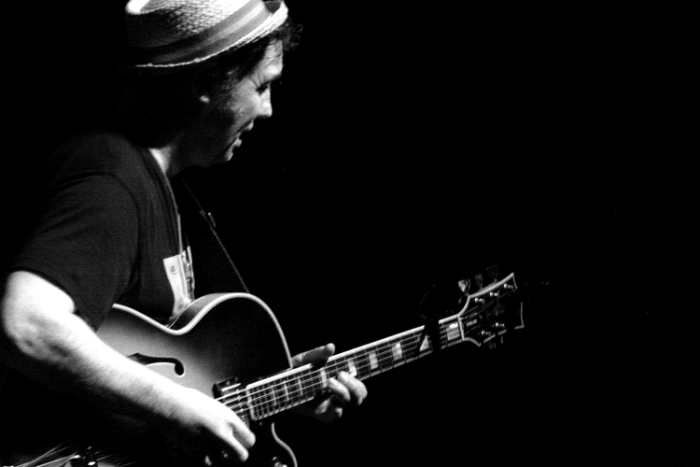 To celebrate the 30th anniversary of the release of their landmark album Boat To Bolivia, Martin Stephenson and The Daintees are on a 14 date tour of the UK, performing at the Lowry Theatre along the way.

It is an album that has, if anything, become even dearer to the hearts of those who first fell in love with it back in the day. It already felt timeless in 1986, eschewing as it did the phoney, vapid production values of many albums of that era. Instead of synthesizers and gated drums, the Daintees along with producer Gil Norton (Pixies, James etc.) opted for acoustic guitars, pedal steel, harmonica and double bass, harking back to an earlier time in its organic presentation. But what made this album so special were the songs. To this day the sublime melodies and stark, often challenging lyrics of Crocodile Cryer, Little Red Bottle, Coleen and Running Water and all, continue to capture the most heartfelt feelings.

County Durham singer-songwriter Martin Stephenson’s early love of literature and music led to the formation of the first Daintees line-up in his early teens. Never pandering to a particular scene, Stephenson’s lightness of touch on a varied mix of musical styles was immediately apparent. His path was destined to be a lifelong journey through the music he loved: folk, ragtime, jazz, rockabilly, show tunes, punk-pop and country.

Boat To Bolivia was released in 1986 and to celebrate the 30th anniversary of the classic debut Martin Stephenson And The Daintees are going all analog again. The band returned to the studio in Stirling earlier this year and recorded the album again live, with the special 30th anniversary version of the album released today.

Always popular on the circuit, Stephenson’s “must see” live performances are an exuberant tour-de-force combining heart-in-your-mouth intimacy with playful humour and warm self-deprecation. If you are new to this album or simply wish to remind yourself what a very special record this was and still is, then get yourself along to one of the upcoming shows with Martin, John Steel (guitar), Chris Mordey (bass) and Kate Stephenson (drums).

Martin Stephenson and The Daintees perform at the Lowry Theatre on 18 November 2016.