Previewed: Karine Polwart at the Royal Northern College of Music 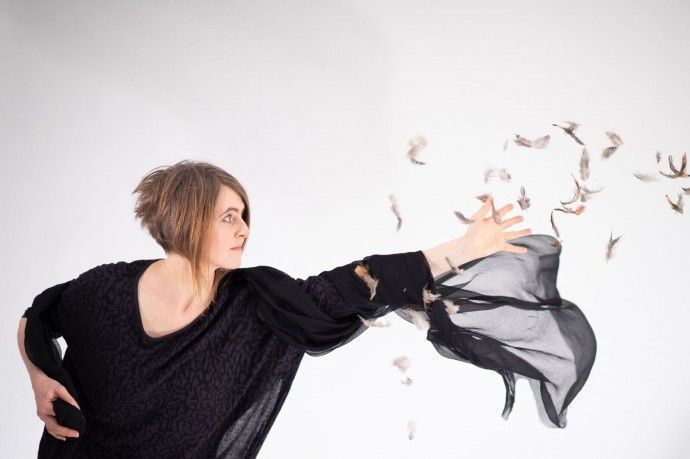 Multi-award winning Karine Polwart performs at Manchester’s RNCM off the back of her latest record Laws of Motion.

The songwriter, musician, theatre maker and published writer performs in Manchester the day after Laws of Motion is released.  Her seventh album Laws of Motion is the follow-up to 2017’s much-praised, award winning, A Pocket of Wind Resistance.

A Pocket Of Wind Resistance used the migratory habits of geese to crack open universally human societal and ecological issues. Here Polwart coalesces the familial and the familiar effortlessly alongside the foreign, the frightening and the unknown, driven as ever by her gift for empathy and accessibility.  She draws on subjects including Trump, World War Two and Holocaust survivors, interspersed with the experiences of Japanese migrants, folk tales and children’s stories.

Speaking about the album’s broad focus, Polwart says; “I didn’t set out to write songs on a unified theme – they’ve just landed that way. Perhaps that’s no surprise, given the times we’re in.”

Laws of Motion is the latest in an evolving series of collaborative projects across which Polwart has combined music and storytelling with politics and environmental-societal issues. Karine wrote A Pocket Of Wind Resistance as a musical companion to her critically acclaimed theatre debut Wind Resistance, now published via Faber & Faber and selected by Robert McFarlane as a Guardian Book of 2017. The production, which debuted at the Edinburgh International Festival with a residency at the Lyceum, was written, musically directed and performed by Polwart, winning her the Best Music and Sound Award at the 2017 CATS. Alongside three other nominations, it also placed Polwart on the shortlist for the Best Actor ‘Scottish Oscar’ in the Sunday Herald Culture Awards.

When does Karine Polwart perform at Manchester’s Royal Northern College of Music?

Karine Polwart performs at the RNCM Manchester on 20 September 2018.