Previewed: She Makes War at The Castle Manchester 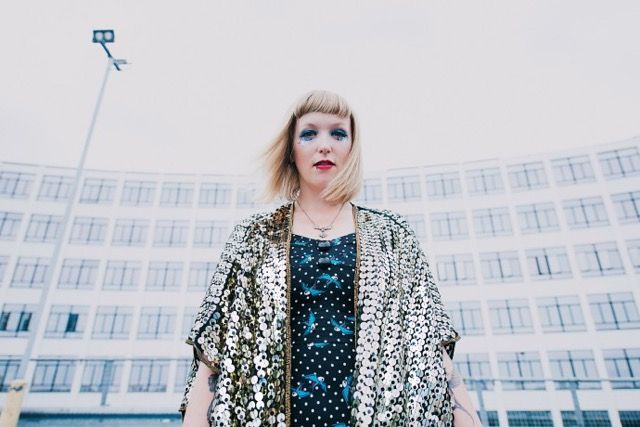 The Manchester gig follows quickly on from the release of the album and latest single Devastate Me.  The guitar driven punk-infused pop track marks She Makes War’s commentary on the impact of online presence on our lives.  She explains, “It’s about photography as a reflex, the way people overshare online and how when we die our online profiles just stay there. The internet is amazing – I’ve built my career using it, but it can be so awful.”

Brace For Impact is the follow up to 2016’s acclaimed Direction of Travel.  A journey of self-discovered, Brace For Impact stays closed to home.  “After finding myself in a happy relationship after a long period of sadness, this record enabled me to ruminate and find ways of creating beauty where there was once pain.” Kidd says. “I’m the strongest I’ve ever been because of all I’ve been through.”

The album naming decision was as dramatic as the music itself, coming after she broke her foot moments before supporting The Brian Jonestown Massacre. With barely enough time to visit A&E, a face full of glitter and steely resolve, she performed a slew of summer festival sets and a BBC 6Music Marc Riley session sporting a fetching knee crutch.

“Having my mobility stolen from me was exhausting and depressing. I’d come up with the album title while driving on tour, daydreaming about what it must be like to be in a high-speed car crash”, she recalls. “After struggling through the summer with that phrase in my mind, then finding it written in the venue toilets at the end of a tour in Brighton, it just had to be the album title. It couldn’t have been more apt.”

When does She Makes War perform at Manchester’s The Castle?

She Makes War headlines at The Castle, Manchester, on 20 October 2018.