Previewed: Justin Townes Earle at Band On The Wall 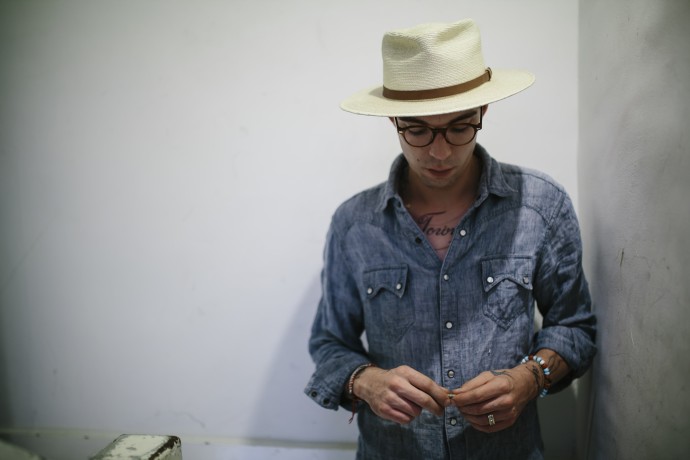 Justin Townes Earle is set to perform at Band on the Wall on 19th January in support of his latest album, Absent Fathers, which marks his second album in only four months.

Absent Fathers is the second part of a double album, featuring 10 new tracks originally intended to accompany 2014’s acclaimed release Single Mothers and was recorded live with his four-piece touring band with only days of rehearsal to keep the ideas fresh.

Dubbed ‘Outlaw Country’, Earle’s music was formed through a childhood of tragedy, substance abuse and encounters with the law. A means of expression, it’s how he channels his rebellious attitude, hardships, regrets and experiences into a powerful brand of Americana. It’s the product of a difficult life, where his father (legendary country artist Steve Earle) walked out when he was just 2 years old, with Earle turning to drugs by the age of 12.

Music was his outlet and his talent shined through his troubles as he played in bluegrass/ragtime combo The Swindlers and then hard-rock group The Distributors, all before signing his first publishing deal at the age of 16.

Further troubles with drugs and the law followed though, as did stints in and out of rehab from 2002 as he tried to get clean, before an altercation in 2010 was the final straw, leading Earle to finally break the cycle.

Since then, he has penned his best material, evidenced by the release of 2010’s Harlem River Blues (the title track to the album won the Song of the Year Award at the Americana Music Awards), follow-up album Nothing’s Gonna Change The Way You Feel About Me Now in 2012 and then the first part of the double release, Single Mothers.

Sticking firmly to his roots, the maverick of Americana has a penchant for gritty arrangements, intensity and depth and power which strike at the very soul of what inspires him.

Justin Townes Earle performs at Band on the Wall on 19th January 2015.