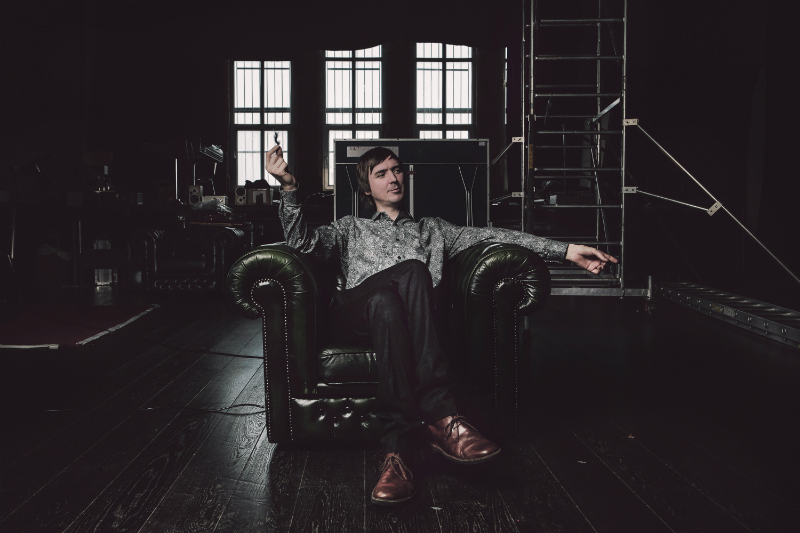 Rounds off UK tour with homecoming show at Soup Kitchen.

The gig marks a homecoming for the multi-instrumentalist from Davyhulme and the album itself could not be more Mancunian in many ways.  Recorded in a converted mill around Ancoats (as opposed, this time, to his parent’s house or his bedroom), the album was self-produced by Noir and mixed in Blueprint Studios with engineer Tim Thomas and released on Manchester label My Dad Recordings.  But what’s more the songs are inspired by the people of Manchester and the city itself – and in his words it’s about “Alcohol. Life. Death. Aliens; in that order I think”.  It deals with life, death and the occassional weirdness of the city in the madcap, somewhat left of the middle, oddball, renegade way he does so well.  “It’s a roam around what I was thinking at a slightly hard point in my life. I stopped drinking for two months and had a moment of clarity”, he says, “A couple of songs are about Manchester and how weird it is.  A couple about myself, girls, how I like to think aliens are just laughing at us and the futility of it all, and a couple about mortality and how, when, if, and why anyone should worry about it.”

And Noir’s first new material in over two years has critics thrilled, drawing comparisons with the Beatles, The Who, Big Star and The Hollies.  With such comparisons and a tremendous critical reception, it’s no surprise that Noir has declared Finnish Line to be his masterpiece.

The subject matter of Finnish Line may be dark at times, but it remains upbeat and addictive – and despite the stripped back nature of some of the pieces, the hooks guaranteed to embed themselves.  The pop, electronica and psychedelia are all there, building the textured layers and taking inspiration from almost every imaginable part of the musical spectrum, in the way which has seen his previous tracks picked up and used so widely on television, gaming and advertising.