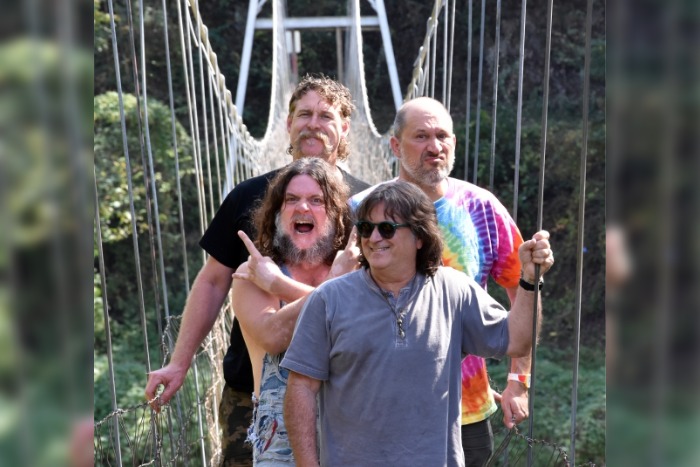 It was a summer day back in 2000 when John Wheeler and Mike Daly first lay the foundations of Hayseed Dixie.  They had spent the previous few years touring with a string of country acts, collecting equipment and material along the way.

East Nashville, Tennessee in the Summer of 2000 was a proper Bohemian party place, and a few friends stopped by, drank some of John’s whiskey, and played and sang on this recording here and there, as was the custom of the times. And ten AC/DC songs were suddenly re-imagined and recorded forever anew, entirely reinvented as Appalachian Mountain hillbilly rave-ups. Everyone danced around the studio room and out onto the porch and drank more whiskey.

Fifteen albums of original and re-imagined material later, Hayseed Dixie are still going strong.  They sold more than half a million physical albums, performed 1,200 live shows in 31 countries and coined the genre of Rockgrass.

They released their 15th studio album Free Your Mind And Your Grass Will Follow in 2017 via their own label.  The album marks a collection of original songs and reinterpretations of R&B and Soul classics including Buffalo Soldier and Love Train.

When do Hayseed Dixie headline at Manchester Academy 2?