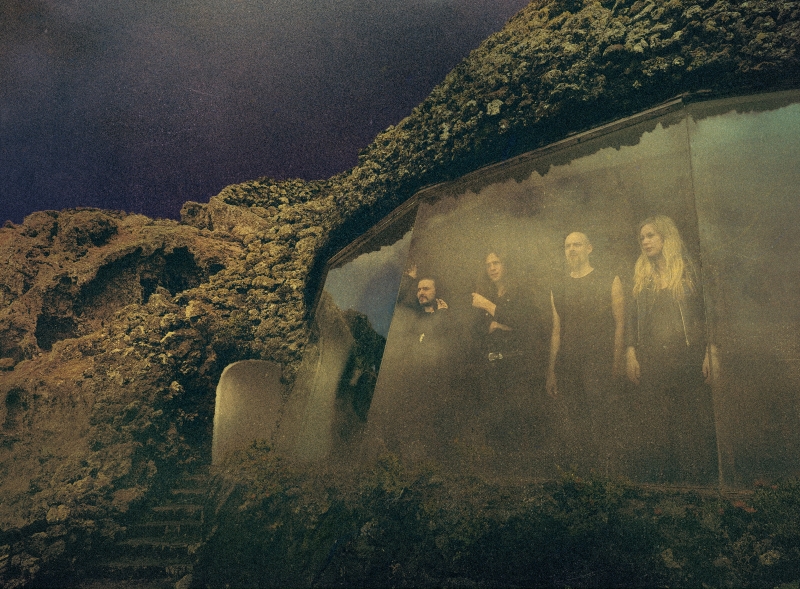 Self-styled Finnish apocalyptic post punks Grave Pleasures are set to perform at Manchester’s Sound Control the evening before the release of their new album Dreamcrash.

The band were formed from the remains of the break-up of Beastmilk, who were one of the most talked-about bands in recent times. Their “painful war-cry of the eternally doomed” as one journalist described it, resonated with fans of all music genres.  Beastmilk’s 2013 debut album “Climax” received rave reviews across the board.  Metalheads, indie kids and gothic punks were all dancing to the funeral drum as the Finnish band spearheaded a new wave of rock music. 2015 marked the end of an era – and the beginning of a new – as the remaining members of the band Beastmilk split with guitarist Johan “Goatspeed” Snell early in the year. The remainder of the group took on the name Grave Pleasures, and embarked on a musical journey sure to surpass any previous efforts.

Front man and vocalist Mat McNerney’s musical roots lies in the Norwegian classic black metal scene – further expanding into avant-garde metal and ultimately making a name for himself as an eclectic singer, constantly moving in unpredictable directions. After having relocated to Helsinki he formed and orchestrated his own psychedelic folk trip – the strange and wonderful Hexvessel. With Beastmilk he saw himself taking the role as an agitator for the surveilled and doomed – brilliantly balancing topics of fear, paranoia and death with sex appeal, poetry and plain, grinning fun.

On the Grave Pleasures album – Mat McNerney is taking these themes one step further. Moving past the post-punk wet dream, the lyrics and vocals of these new songs are rich in texture and depth – staring into the abyss just long enough before it stares right back. “I am concerned with a total collapse of our dreams. Our aspirations and our positive view of both our personal lives and the future of mankind as a species. My lyrics deal with us being a post-apocalyptic species, aware of our inevitable demise, quite possibly by our own hands. How this relates to the way we see the world and the way we live our lives is terribly romantic in a very macabre and terrifying way. There is no more frightening and dangerous place on earth than the human mind and how it deals with its own breakdown. Breakdown of relationships, love, dreams, desires and ultimately existence.”